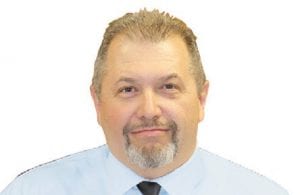 My head. It gets a little jumbled in there sometimes. Lots of thoughts, memory slips from time to time — it can make for confusing days and restless nights.

Time to put down in print some of what goes on in there:

• We, as a society, label people. Everyone has to fit into a category or classification. If you’re a journalist you’re automatically a liberal. If you’re rich you are automatically a conservative. I wrote a column recently which took jabs at both Dems and Republicans and was accused by different people of having a conservative and liberal bias. Can’t I just be me? Can’t I just have my own views?

• Russian President Vladimir Putin called the United State a “parasite” on the world economy because we are so deep in debt. Funny, seems like the U.S. and the rest of the “world economy” helped prop up Russia after the demise of Communism there, until they got up on their feet.

• Someone on Facebook suggested we are all too dependent on the social networking website. He claimed Facebook is becoming too entrenched in our lives and is akin to being a “Big Brother” type operation that keeps track of us. So I did what I felt I had to do, based on this information — I promptly deleted him as a friend … I’m going to miss my nephew.

• My father used to tell me when you get older you get used people you know dying. He used to check the obituaries in the newspaper to see if anyone he knew had died and would make the comment when he was done: “I had to check to see if my obituary was in there, but since it’s not I guess I’m good for another day.”

Starting to see more people I knew growing up dying and it serves as a reminder death eventually catches up with us all.

• The rabbit uprising in Anita’s neighborhood has been quelled and they are no longer destroying her plants. Now there are beetles chewing on the leaves and despite coming up with the best chemicals she could find, the bugs are getting the best of her plants. I am starting to think gardening is a losing battle.

• The discovery of a blood red lake in West Texas filled with dead fish again has some people saying its a sign of the End Times. Scientists say the lake became stagnant in the terrible Texas drought that has been going on for months and the red color is the result of bacteria. Those predicting the end of the world say its a sign from above. Not saying it is or isn’t a sign, but seriously why would God select a little fishing hole in Texas to send such a sign? Wouldn’t you want to make it something more grandiose? I think when and if the end of the world comes, we aren’t going to know its coming. It will just happen.

OK, hopefully I’ve gotten all those random thoughts out there. Now maybe I can relax a little.