College bowl games ahead and the Lions WIN! 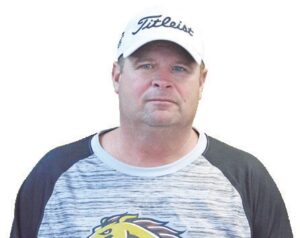 The college football playoff teams have been decided after some thrilling football last weekend. Let’s look at how we got to the final four teams competing for a college football National Championship.

I personally think Michigan should not have been jumped by Alabama and Michigan should be ranked No. 1. However, we all know the committee was not going to have Alabama and Georgia rematch in round one of the playoffs. I guess that’s football under the bridge now.

The boys from “Bama” will take on Cincinnati in the Goodyear Cotton Bowl at 3:30 p.m. on Dec. 31 in the semi-finals. The Michigan Wolverines will take on Georgia in the Capital One Orange Bowl at 7:30 p.m. in the other semi-finals. 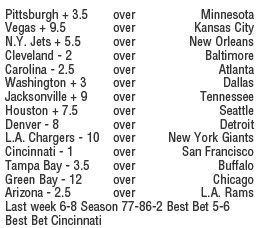 Who wins it all? I will dive into that question in a few weeks.

Let’s look at other bowl games featuring teams in the great State of Michigan. The Lending Tree Bowl on Dec. 18 will have Eastern Michigan against Liberty kickoff at 5:45 p.m. The Western Michigan Broncos take on Nevada in the Quick Lane Bowl at Ford Field on Dec. 27 with kick off set for 11 a.m. The Barstool Sports Arizona Bowl on Dec. 27 will feature Central Michigan against Boise State with a slated 2 p.m. kickoff.

The MAC schools of Michigan all had nice football campaigns in 2021. The Michigan State Spartans drew the Pittsburgh Panthers in the Chick-fil-A PeachBowlonDec.29witha7p.m. kickoff. I love this matchup, and it should be a great contest on the grid iron. The Pittsburgh coach is Pat Narduzzi, who was the defensive coordinator at MSU at one time. If you have not watched the quarterback at Pittsburgh, Kenny Pickett, play you should. He will be a top 10 pick in this year’s NFL Draft in my opinion. The Spartan secondary better get to work as Pittsburgh will sling it all over the football field with Pickett. I will break down all these bowl matchups next week.

The Detroit Lions got a ROARING win on the last play of the game 29-27 over the Minnesota Vikings. The Lions fought all odds blowing a large early lead and boneheaded coaching moves by Dan Campbell “Soup for Brains!” The Lions lead with under four minutes to go and he goes for it on his own 30-yard line? The dumbest thing I have seen from him so far! To make matters worse, he calls for a pass play with a five to seven step drop back by Goff? Holy smokes Lions fans, have we not seen every dumb thing imaginable by Detroit on the football field? I know this is a repeat statement, but get the play calling sheet out of his hands please! Dan Campbell calling plays is similar to me recommending the top three diets you should consider for weight loss. We are both clueless on those two subjects!

The Tigers made a splash in free agency with Javier Baez at six years and $140 million chunks of cheddar. I will say, you will get home runs and RBIs with Baez along with numerous whiffs — aka the strike out. I like the signing of Eduardo Rodriguez, starting pitcher, at a reasonable price tag of five years and $77 million. I say the Tigers received fair market value with Rodriguez.

The N.Y. Mets are all in for 2022 as they signed Max Scherzer, Mark Canha, Starling Marte and Eduardo Escobar! The payroll skyrocketed on the Mets baseball team!