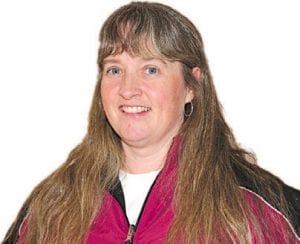 I’ve been getting items across my desk over the past week that made me, and my staff, groan; basketball schedules.

Now, let’s be perfectly clear here. We don’t have anything against basketball, but we’re still trying to finish up the fall season. Volleyball district titles were still being decided last Friday and we had three teams left in the football playoffs; Almont, Goodrich and Grand Blanc. And, let’s not forget the state qualifiers in cross country, many of whom ran on a very, very cold state-meet course this past Saturday at Michigan International Speedway. Grand Blanc boys also were competing for a state title in soccer at Troy Athens.

Unlike no other season we cover, fall sets us up for the same collision course each year. Hockey starts in four days, and some of those coaches won’t even see some of their players for maybe another week depending on how far their football teams went into the playoffs. Volleyball players also like to play basketball and their practices start next week, too. It’s crazy.

The upcoming hockey season is going to be interesting for a number of reasons, most notably because everyone’s going to need a new cheat sheet on just who is in charge at each school. With the exception of two teams, we have new coaches at every school this winter. That not only brings in new leadership, but new game plans, new worth ethics and yet another collision course for kids who had become accustomed to one system and will now have to buy into a brand new one. The talent level of the coaches and what they will bring to those programs will add a whole new excitement, especially when they take on the teams that they used to call family. Rivalry at a whole new level for those select few coaches. The Flint Metro League will see a lot of familiar faces, but those coaches will be sporting new colors as they shift around from school to school because of retirements, stepping away to focus on their own young families and some, stepping away for a short time only to look after nagging health problems. The incoming crop of new players and the new skippers at the helms, and not just in hockey. We have a growing list of new coaches on the hardwoods as well and all of that change can only add to the excitement that is about to spill over into area gymnasiums in a few short weeks.

For us, the change means no more standing out in the unrelenting wind and rain that we’ve seen over the last couple weeks. The music that greeted our ears on the gridiron will switch from marching bands, which I will miss almost more than the football games that we cover. I know the bands think they don’t get their recognition in the paper, but from me to them, we appreciate everything you bring to the Friday Night Lights that we have all come to love. Smaller bands of musicians will now entertain as pep bands tucked high up into the corner of the bleachers as everyone sheds their outside layers and get ready to help the sideline cheerleaders root on the hoops teams. The “fire up” cheer will ring from the rafters. And, no more fences will separate the fans from the action and the up-close-andpersonal atmosphere will now put everyone inches from the court. Some players will get perhaps an unwelcome up-close-and-personal look straight into the eyes of the opponents as they land in the stands going after out-of-bounds balls. Hands off, fans. Stand them back up and resist shouting in their faces.

I’ll say it again, too. The hockey teams have a much better music selection than the basketball teams. Sorry, my opinion, my column. I’d much rather listen to the tunes at a hockey game than the still-popular grunge that vibrates ancient speaker systems at most high schools. As Montgomery Gentry says, hell yah…turn it up…sounds good. The basketball squads are now looking at each other saying, “who?” I rest my case. Cue up the Final Countdown, Mister DJ! lpaine@mihomepaper.com