Comedian Jim Breuer taking the stage at The Whiting 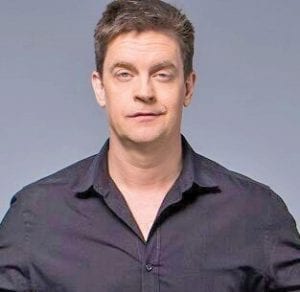 FLINT– Comedian Jim Breuer will take The Whiting stage on May 11 at 7:30 p.m. With more than 20 years of stand-up comedy experience, Jim Breuer remains one of today’s top entertainers and continues to win over audiences with his off-the-wall humor and lovable personality.

Named one of Comedy Central’s “100 Greatest Stand-Ups of All Time” Breuer is one of the most recognizable comedians in the business, known for his charismatic stage antics, dead-on impressions, and family-friendly standup. His big break which came in 1995 when he joined the cast of NBC’s legendary “Saturday Night Live.” During his four years on “SNL,” Breuer quickly became a fan-favorite for his original character “Goat Boy” and his dead-on impressions of actor Joe Pesci.

Following his success on “SNL,” Breuer starred alongside Dave Chappelle in the cult favorite film “Half Baked.”

Tickets range from $32 to $52. To purchase tickets, visit TheWhiting.com, call (810) 237-7333 or visit the Ticket Center located at 1241 E. Kearsley St. just off I-475 between the University of Michigan -Flint and Mott Community College. Tickets are also available for purchase at The Whiting’s Downtown Ticket Center at the Flint Farmers’ Market. Smart phone and tablet users can download The Whiting App to make purchases.