Comedy you can dig 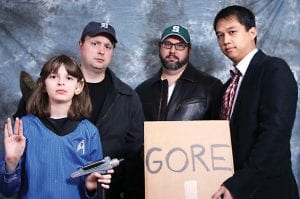 The cast of GraveRobbers, Inc.

FLINT — Far from the warmth of Hollywood, Michigan residents Tim Walsh and Dennis Potvin are preparing the fourth episode of their new web sitcom, GraveRobbers Inc., for filming later this month.

A familyfriendly comedy produced in 12- to 14- minute installments, the show’s creative talent is also its acting talent. Walsh, the producereditor star, and Potvin, the writerdirector star, are both mid- Michigan residents.

The series allows the duo to reprise the characters they portrayed in the 2005 indie feature Beat the Packers, the story of two down-on-their-luck losers who turned God into a Detroit football fan. This time, six years later, the two are both freshly unemployed and are desperate to find income through whatever means necessary.

Walsh bothered Potvin about making the series for two years, yet Potvin refused to commit … that is, until Walsh showed him the latest editing applications. 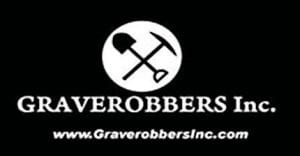 Potvin quickly wrote a 60-page screenplay divided into five episodes. Walsh purchased the filmmaking equipment and turned his dining room into a makeshift production studio. The first three episodes — The Pilot, Simmons House, and Shovel It! — are already online. The fourth — The Skunk Attack — will be filmed when outdoor weather conditions improve.

GraveRobbers Inc. has its own website, a Facebook fan page and has its episodes on YouTube.com. The Facebook page is loaded with short documentaries that show Behind-the- Scenes footage of the making of the series.

The plan is to have new episodes online every three weeks. With three episodes already online, along with the duo’s Official Super Bowl Prediction Show and a phony ad for ‘Made Better’ potato chips, the creators are beginning to advertise the show to increase awareness and draw viewers to the site(s). — G.G.