Community papers are still on the frontline 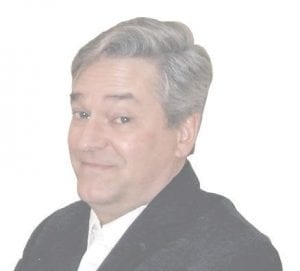 This is my first column for the View newspapers. I’m thrilled to be here. Here’s why:

Long ago as a young reporter for a medium-size newspaper, I used to cover schools in tiny towns stuck way out in the middle of cornfields, little places without stoplights. Real Nowheresvilles.

At the time I wondered why.

“Who the heck cares about school budgets, taxes and school bus purchases in places like this?” I grumbled. “What a waste of time.”

I consoled myself with the knowledge that if I did a great job covering these Podunk districts the newspaper would eventually recognize my brilliance and move me up to cover big city schools, city hall, maybe even the cops beat.

They did eventually but I sometimes marvel at my youthful arrogance/ignorance back then, mostly because the answer to my “who the heck cares?” question is so painfully obvious it makes me wince.

And I care. And your next door neighbor cares. And the homeowners who pay the taxes care. And the moms and dads whose kids ride the buses care. The whole dad-blamed community cares. It turns out that news matters to the people directly affected by it. (Who knew?) And it matters a whole lot more to them than bigger stuff going on elsewhere. Thus, my coverage of a fusty school board discussion means a whole lot more to the 457 people in a small town in the middle of a corn field than AP coverage of a tsunami that kills 14,000 in Micronesia.

It’s called self-interest, and that’s why I’m a big, big fan nowadays of community newspapers, which are on the rise even as bigger dailies are dwindling.

Bigger dailies in Michigan long ago lost the financial ability to cover suburban school boards, township meetings, planning commissions and so forth. You won’t find them covering the new “Welcome to town …” arches going up at the city limits. Nor what the village president said at Monday night’s meeting – not unless he said something that’s a real doozy. They certainly don’t have time or staff to cover your pothole problems, your zoning issues or your high school marching band’s need for new uniforms.

But community papers do, and that’s why I think they are beyond vital these days. We need to know this stuff. Without this stuff – this local coverage of the vital to the ordinary to the mundane – society suffers.

That sounds a bit dramatic, but it’s true. As wonderful as the Internet is – as good as online news becomes – the flat-honest truth is that since the decline of print newspapers we’ve become more ignorant. Bit by bit, month by month, we’ve come to know less about our communities, our elections, our leaders, our issues, our opportunities, our problems, our neighbors – even ourselves, and when you know less about where you live, you are less inclined to care about where you live.

That’s a bad, bad thing for everybody. Andrew Heller appears in the View newspapers the third Thursday of every month. Write to him at andrewhellercolumn.com.