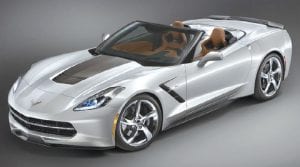 Two new versions of the 2015 Corvette Stingray, the Atlantic luxury convertible and the Pacific performance coupe, will go on sale later this year.

“One of the design goals for the Corvette Stingray was to provide customers with the flexibility to tailor the car to their personality,” said Kirk Bennion, Corvette exterior design manager. “The Atlantic and Pacific design packages were originally designed to showcase how the Stingray could be configured as a luxury sport GT car or as a high-performance motor-sport car.”

The Corvette Stingray Atlantic convertible and Corvette Stingray Pacific coupe concepts were introduced last fall at the SEMA Show. A strong response from enthusiasts helped influence production. They are the latest Chevrolet concepts from SEMA that made concept to reality. Several Camaros, such as the Hot Wheels edition, and the Sonic Dusk are now in production. 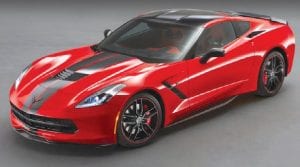