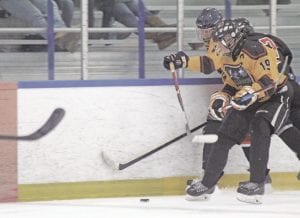 The Michigan High School Athletic Association continues to work with member schools on concussion prevention and will look at more head protection in contact sports such as ice hockey, soccer, wrestling and soccer going forward. Hockey had the second most injuries per thousand instances behind football, which was first with 44 per thousand instances.

EAST LANSING – The story of concussions in high school sports – from their symptoms to their treatment to a young person’s safe return to the classroom and the playing field – will be on display in the coming week in a State Champs! Sports Network Summer Series special on FOX Sports Detroit.

Concussions & The Modern Athlete will debut on FOX Sports Detroit on Sunday (Aug. 6) at 9 a.m., with daily re-airs throughout the week. The 30-minute special, hosted by Kiara Hay, details what concussions are and what they are not; and presents what steps are being taken in at the high school level in Michigan to make all sports as safe as possible.

The results of the Michigan High School Athletic Association’s concussion survey for the 2016-17 school year will be presented at the end of the show. For the past two years, the Association has required that all member schools report all potential concussions in all sports at all levels, and for two straight years, 99 percent of member high schools have provided their numbers.

Among those interviewed on the program are: MHSAA Executive Director John E. “Jack” Roberts; Kathy Vruggink Westdorp, an Assistant Director at the Association who oversees the efforts to collect concussion data from schools and its Coaches Advancement Program (CAP), which includes a module on concussions; Dr. Dallas Lintner, Assistant Principal/ Athletic Director at Owosso High School, who surveyed athletic administrators, coaches, game officials and parents for a dissertation called “Measuring the Perceived Effectiveness of Michigan Concussion Legislation;” Birmingham Brother Rice Head Football Coach Adam Korzeniewski; and Dr. Jeffrey Kutcher from the Sports Neurology Clinic at The CORE Institute in Brighton.