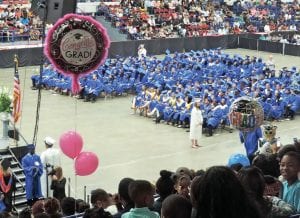 The commencement ceremony took place last week for the C-A Class of 2016.

FLINT TWP. — Nearly 300 Carman-Ainsworth graduating seniors walked across the stage last week at the Dort Event Center to collect their diplomas and take their final bows.

Superintendent Steve Tunnicliff called the Class of 2016 “a class of champions” who have amassed an unprecedented $7 million-plus dollars in offered scholarships. Twenty-eight honor students graduated with grade point averages of 3.8 to 4.0.

Katherine Hamadeh, a CAHS English teacher, singled out several students by name for their special attributes, during her commencement address. Known for telling stories from her life, she took the opportunity to tell a few more such as the one about a terrible storm that destroyed the venue for her own high school graduation 18 years ago. Even then, she said she knew she wanted to become a Cavalier because she admired the C-A district for its diverse student population.

She expressed her confidence that the graduating students would go far and ended by encouraging them with words from the song “Just one Person” from the musical Snoopy. 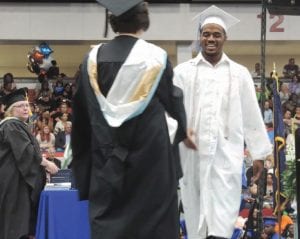 The graduates chose as their Class Motto, words from the singer Drake “Sometimes it’s the journey that teaches you a lot about your destination.” The Class Song is “End of the Road by Boyz to Men’’ and the Class Flower is the Anastasia because of its color diversity.

For its Class Gift, the seniors elected to update the sign at the high school entrance so that it can display community messages; to repair mud-prone sidewalks from the staff parking lot to the rear entrance and to the athletic fields, and a $500 gift to incoming freshmen to start their class fund. 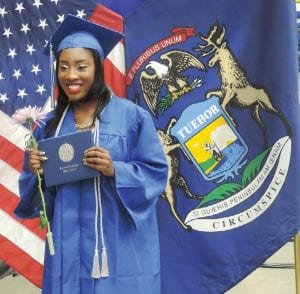 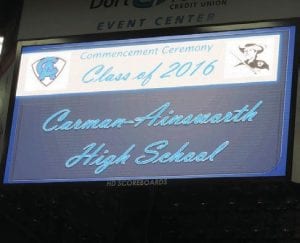 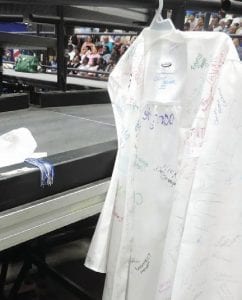