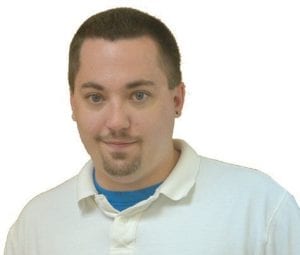 I ’m sure everyone is well aware of the situation that occurred with the Ontario Hockey League’s Flint Firebirds over a month ago. Coaches fired, players quit, coaches rehired, players comeback, etc. It was a huge media blunder but it was eventually resolved and didn’t seem to hurt attendance at all.

In fact, in the coming weeks, the Firebirds went on quite a tear and had won seven of their last 10 going into last weekend. But most recently, Flint has dropped six of its last seven games and slipped into fourth place in the West Division.

Why, you ask? In my opinion, the recent skid, for the most part, is the result of a trade that Flint general manager Terry Christensen made last week. A trade that resulted in two of the Firebirds’ best players, both National Hockey League draft picks, being shipped out of town.

Flint sent goaltender Alex Nedeljkovic, considered one of the best in the OHL, and defenseman Josh Wesley, both draft picks of the Carolina Hurricanes, to the Niagara Ice Dogs.

What did they get back? Goaltender Brent Moran, a Dallas Stars draft pick, as well as a gang of OHL draft picks. Moran is a solid goalie, but nowhere near as good as Nedeljkovic. So essentially, Flint traded Wesley for a bunch of draft picks, none of which are usable until 2017. In fact, one of the picks isn’t until the 2021 OHL Draft.

Obviously the draft picks will be helpful to the future of the Firebirds’ organization, as Christensen cited, adding that Flint had “very few picks available to us for the 2015 OHL Priority Selection.”

That, however, doesn’t warrant trading a goaltender that has literally won several games for Flint by standing on his head in between the pipes.

And what does he do in his first game with Niagara? He stops 44 shots en route to a 2-1 victory. Great trade there, guys.

Now, there’s no doubt about what the draft picks could do for this team — in four to five years. But what surprised me the most was a quote from Christensen at the bottom of the press release that announced the trade.

“Moving forward, we fully expect our team to compete at a high level and achieve our goal of making the 2016 OHL playoffs.”

Well, OK. That may still happen. Sixteen of the OHL’s 20 teams qualify for the playoffs every year, so that goal is still very much within reach. But let’s face the facts. This trade did absolutely nothing to help the Firebirds make the playoffs this season.

If anything it will have an impact on playoff runs in future years, but it certainly didn’t benefit Flint for this season. OHL Insiders has reported that Christensen has an ulterior motive to work his way into the head coaching position.

I sure hope that’s not true and that his intentions are to put the best hockey team on the ice, but this trade does not bode well for that theory.