Cougars to ‘Restore the Roar’ at huge reunion 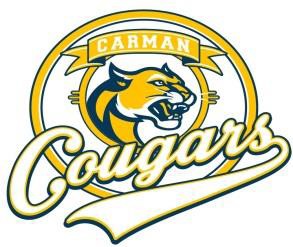 Alumni of the former Carman High School have started a foundation to benefit current and future C-A students.

About 800 people were expected to attend activities being held Sept. 9-14 in Flint Township Burton and Grand Blanc, according to Wanda Woods Emmerling, event publicist. Former Cougars who attended the school from 1967-1987 are welcome to attend the all-class reunion.

“When Carman merged with Ainsworth High School in 1987, the trophies and gold and navy banners of the 18 (graduating) classes of Cougars were locked away,’’ according to a press release. “But 1971 grad Jim “Woody” Bucherie, now a successful businessman in Las Vegas, has led a massive reunification of Cougars.”

He created a Facebook page dedicated to Cougar alumni that has reportedly amassed 2,500 followers in less than a year.

Many of the now middle aged Cougars are reuniting this week for a variety of activities, starting Sept. 9 with a bus trip to a Detroit Tigers game.

The 30-member reunion planning committee met for dinner at The Laundry in Fenton on Wednesday, Sept. 10.

On Friday, Aug. 12, interested members will gather at 9 a.m. for a golf scramble at The Jewel of Grand Blanc Golf Club, at a cost of $45 per person. A Ladies Luncheon at noon at The Jewel costs $12 per person. The festivities then move to Flint Township for a party starting at 6 p.m. at Ruggero’s, 5311 W. Corunna Road, featuring the band Magic. There’s a $5 cover charge but dinner and drink specials will be offered.

On Saturday, Sept. 13, the day begins at 10 a.m. with a Painting of The Rock on Hammerberg Road near Southwestern High School in memory of Roman Rodriguez and Joe Johnson, two Cougars alumni who were killed in the Vietnam War.

A tour of the high school follows at 1 p.m. to show off changes made over the past 28 years. Saturday’s activities wrap up with the Rock of All Ages Party at The Jewel starting at 5 p.m. A $25 per person charge includes a premium buffet dinner. Entertainment will be provided by well-known hypnotist and motivational speaker Jim Hoke and music by the Newsmaker Band. Glass Art by local artist Ron Dutro and other items will be offered for sale.

Profits from this event will be used to further efforts to launch the Cougar Education Foundation, a non-profit overseen by a volunteer board of Cougar alumni, Bucherie said.

“We are here to restore the roar of the Carman Cougars, take ourselves off the shelf and empower the current and future learners of our school district,’’ he said. “The good we can do will have a huge positive impact on the district and eventually, even on Flint

The goal is to grant at least one scholarship to a

Plans also are being set in motion for the new Cougar Foundation to provide winter coasts and boots for needy children at the district’s four elementary schools.

“We want to address the most basic level of what a Carman child needs in order to be able to learn. If they are cold or wet, we cannot expect them to perform well in the classroom,” Bucherie said.