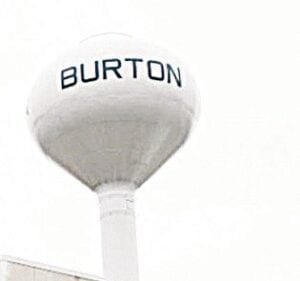 BURTON — While officials have been looking into the prospect of creating a social media presence for the city, the council vice president says a barrage of resident concerns over a recent water pressure issue could have been alleviated with an announcement on Facebook.

Vice President Greg Fenner told the council Jan. 7 the city needs to move forward with a Burton Facebook page to use as a tool to inform and notify residents of things such as water pressure drops.

Fenner pointed to a water pressure drop on the south end of Burton earlier this month, caused by a leak at the water tower, which instigated a slew of phone calls to council members and city hall from residents who wondered what was happening.

“This is a perfect example of how a city Facebook page could have gotten out in front of that, had it on the page that we’re having issues and we wouldn’t have seen (so many) calls, and trying to answer residents at that point,” said Fenner. “I know we’ve been researching it (a Facebook page) and talking about it and that we’ve got it in motion, those are the kind of things that bring value to this Facebook page. So, we don’t have to answer calls, the city wouldn’t have to answer nearly as many calls, it would have been able to be put out there and made it apparent for the people to see what was going on.”

Haskins explained that the issue with the water tower was there was a leak which forced the city to turn some valves off, while turning other valves back on, thus regulating the pressure. But it caused a situation where there was too much pressure, so they had to shut one valve down and open up another one, causing the temporary reduction in water pressure.

Because the problem was mostly resolved by the time Haskins said he was notified of the pressure drop, he said he isn’t sure having an announcement on Facebook would have helped, but agrees the city needs to continue looking into the creation of a page.

“I do agree, in a circumstance like that, it probably would have helped,” said Haskins. “We did get it put on the city’s website, which is a little bit different because you have to go to the city’s website, check it out and find out the information. We are still working steadfast on that and hopefully we’ll get to that point real soon.”

Councilman Tom Martinbianco questioned if water bled from the tower and went into the sewer system, if it would mean the city will be charged by the Genesee County Drain Commission for the spill.

“Did you call the drain commissioner and say: ‘we’ve got a little problem here, there’s water in the drain we’re not responsible for?’,” Martinbianco asked.

Haskins said the drain commission not informed of the water leak and he doesn’t know if the city will be charged for the excess water that bled into the sewer system.

No timetable was given on when and if the city would be creating a Facebook page.