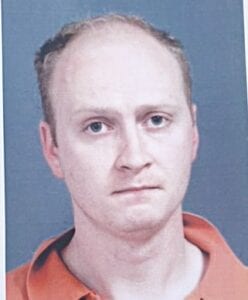 GENESEE COUNTY — A former Genesee County corrections officer is facing charges after allegedly attempting to arrange a sexual encounter with an underage teen.

Benjamin Reinhart, a county deputy who worked at the Genesee County Jail since July 2019, has been accused of sending hundreds of explicit messages and images to a police decoy who posed as a 15-year-old. Reinhart, 24, was arrested last week as part of a two-day operation conducted by the Genesee Human Oppression Strike Team (GHOST).

Genesee County Sheriff Chris Swanson said that Reinhart sent 446 messages to the undercover GHOST operative and “almost demanded” that the operative send him graphic pictures in return. Reinhart is also alleged to have sent 118 of those messages and six sexually explicit pictures while he was on duty at the jail.

“The public puts great faith and trust in public officials to do the right thing when no one’s is looking,” Swanson said. “That was breached this weekend.”

Swanson said that Reinhart attempted to schedule a meeting with the decoy but never showed up for the rendezvous. Police obtained a search warrant for Reinhart’s Gaines Township residence and arrested him within 12 hours after his shift ended on Sunday evening. Reinhart was subsequently fired from his position.

Reinhart has been arraigned on four charges, including misconduct in office, child sexually abusive activity, using a computer to communicate with another person to commit a crime and accosting a child for immoral purposes. If convicted, he could face up to 20 years in prison.

Swanson said that Reinhart’s behavior does not represent the Sheriff’s Office, adding that no public official is above the law and that he takes responsibility for Reinhart’s actions while on duty.

GHOST also made two other sting operation busts last Saturday and Sunday, arresting 46-year-old Tabori Ellison from Grand Blanc and 37-year-old Chad Greer over the weekend. Ellison, a delivery service worker, is alleged to have sent graphic pictures of himself to a GHOST operative posing as a 15-year-old. Greer, a self-employed laborer, was arrested for allegedly trying to meet up with a 15-year-old GHOST decoy for sex.

Both men have been charged with two 20-year felonies and a four-year felony.