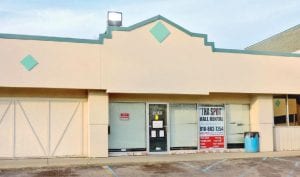 FLINT TWP. – After being padlocked under a public nuisance statute by Genesee County Prosecutor David Leyton, two after-hours clubs in the Diplomat Plaza on Flushing were permanently closed by court order on Monday, April 25. This action comes about two weeks after a Flint man was killed April 9, in a double shooting in the parking lot outside the clubs.

FLINT TWP. — The party is over for two troublesome after-hours clubs in the Diplomat Plaza on Flushing Road that have been permanently shut down under a court order issued Monday by Genesee County Circuit Court Judge Judith Fullerton.

Under the Final Stipulated Restraining Order, the establishments known as “The Mansion,” 3434 Flushing Road, and “Tha Spot,” 3432 Flushing Road have been “permanently closed to the public.”

Genesee County Prosecutor David Leyton padlocked both places on April 15 after obtaining a temporary restraining order from Judge Fullerton. This action was taken in the wake of an April 9 double shooting in the plaza’s parking lot in which a 20-year-old Flint man was killed. Flint Township Police Chief George Sippert said he contacted Leyton for help as a result of the shooting and evidence that the clubs were operating without proper permits. Sippert said police have responded to numerous incidents of fights and shootings in the area of the Diplomat Plaza. 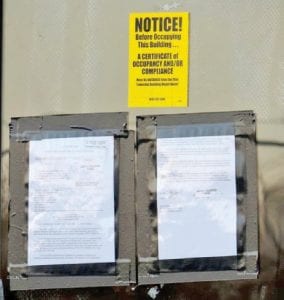 The township hopes to enact a new ordinance in coming months to address gathering spots such as these that are not operating legitimately, Sippert said.

Monday’s court order lifted the restraining order and padlocking of the Diplomat Plaza sites to allow the owner and landlord, Masoud Yono, to lease the spaces, with restrictions, to new tenants other than those that operated the afterhours clubs.

Yono, of Yono Properties, based in West Bloomfield, provided evidence of lease terminations for both tenants. The lease for Tha Spot began January 1 of this year and The Mansion signed up on February 1, according to the lease termination agreements dated April 11.

Other tenants of the Diplomat Plaza include dollar stores, a bank and a temporary employment agency.

The court order further stipulates that for a period of one year, Yono must provide to Prosecutor Leyton, the name and nature of business for any prospective tenant, prior to re-leasing the properties.

“This term is incorporated into this final stipulated restraining order to insure that the proposed tenant will not conduct the type of business or activities on the premises that might cause future problems on the premises for neighboring tenants and properties,” the order stated, adding that Leyton’s approval of a future lease agreement shall not be unreasonably withheld.

“The landlord, owner of the premise, may rent to someone else but I have to give approval for anybody he rents to,” Leyton said.

He also said that the prior tenants, the club operators, came to his office after the court hearing to find out what happened but were cooperative and left quietly.

Everyone, including the owner, agreed that those clubs needed to be closed, he said.