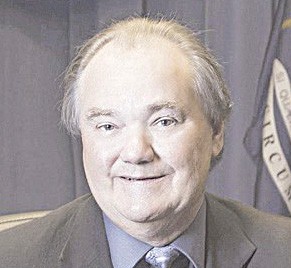 FLUSHING — Dr. Martin Cousineau (D-Thetford Township) has announced the launch of his reelection campaign for the 7th District of the Genesee County Board of Commissioners.

First elected to the county board in 2016, Cousineau is seeking his third two-year term for the 7th District.

Cousineau was born and raised in the Clio area. After attending Michigan State University and the Palmer College of Chiropractic, he settled in Flushing where he started his family and raised three boys; Eric, a nationally renowned photographer, Aaron, who is deceased; and Tyler, who is a sergeant in the United States Army.

While he has always been involved in his home community, Cousineau decided to run for the Thetford Board of Trustees in 2012. After serving in that position for four years, Cousineau then ran a successful campaign to serve his district at the county level in 2016 when he won his first term on the Board of County Commissioners.

As Chairman of the Board of Commissioners, Cousineau has been integral in developing a budget that prioritizes public safety even during tough economic times.

“Our residents have clearly demanded that public safety be our number one priority,” Cousineau said. “They want to feel safe in their community, and that starts by having a place to lodge criminals when they are arrested, having a prosecutor’s office that is able to prosecute the criminals and a court system that can make sure justice is heard. We’ve dedicated the largest percentage of our general fund to public safety than at any other time in the last five years.”

In addition to public safety, Cousineau has also focused on ensuring that our other county departments are funded at an appropriate level so that residents continue to receive services that they rely on. From the expanded Animal Control Center to the Department of Public Health, limited tax dollars in county are being directed to the areas of most importance.

In a new term, Cousineau has committed to continue working to resolve long-standing issues that others have refused to address. Retiree healthcare, for instance, continues to be a multi-million struggle for the county.

Under Cousineau’s leadership, the county is finally addressing this issue to ensure that retirees continue to receive what was promised at a cost the county and residents can afford.

“I look forward to continuing to serve the district that I have spent my entire life in, raised my family in and have been so fortunate to have a successful Chiropractic Clinic,” Cousineau said. “This community has been good to me and my family and at this point in my life, I am passionate about giving back to this community.”