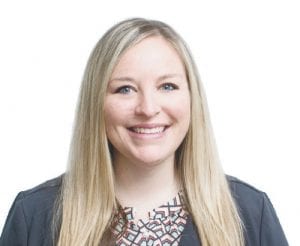 As any fashionista, column-writing, wavy-blonde-haired woman who has spent a month’s rent on a handbag will tell you, the highest compliment anyone can ever give you is to say, “you are totally like Carrie Bradshaw.”

Carrie Bradshaw (for anyone unfamiliar) is the fictional character played by Sarah Jessica Parker on the hit HBO show “Sex and the City.” Women my age spent most of their 20s deciding if they were a Samantha, Charlotte, Miranda or Carrie. Because of the qualities above, I’ve always known I was a Carrie.

Of course, then I grew up, got married, moved to a pretty rural place and realized that my similarities to Carrie kind of ended with the above-mentioned qualities. That said, I still love Carrie and my dedication to “Sex and the City” has never waivered.

Perhaps the best part of Carrie is the person behind the character. Sarah Jessica Parker (or SJP as she is less formally-known) seems like a pretty great person herself. That thought was confirmed last week when she posted a photo of the front page of her local New York City neighborhood newspaper, “West Village News” on her Instagram page.

The photo’s caption “I don’t know WHAT we would do without our small but mighty West Village News. Now more than ever. They are keeping us informed, finding ways to support our small businesses and making certain our seniors and most vulnerable neighbors have all the information they need to feel

safe. I read every issue cover to cover every month. In regular times we count on the West Village News indefatigable staff. In these scary and irregular times they are a beacon for their devoted readers. In its 15 year history of advocacy and reporting this is their best issue ever. And it’s free for all of those in the community. I’m so proud of them. And I thank them. Yay for local papers!”

I thanked SJP, commenting on her post “This means a lot. I work for a community newspaper group in Michigan and we are working so hard to be that beacon for our local readers too. Stay well.”

Here’s where it gets better – SHE RESPONDED. “It’s so hard I know. Especially with ad sales down as local businesses shutter!”

You guys, she’s a celebrity. She’s Sarah Jessica Parker, she’s Carrie and she responded to me! And what’s more, she loves and appreciates community newspapers.

THAT IS HOW IMPORTANT COMMUNITY NEWSPAPERS ARE!

And she isn’t wrong in her response. Times are tough, advertising is down. Our leadership is being forced to make one impossible decision after another. Frankly, it sucks. But we’re doing it, because of everything SJP said. We need to be that beacon. Now, more than ever.

If you want to support community journalism (and be cool like SJP) please buy a subscription print, online or both, to our sister paper The County Press.