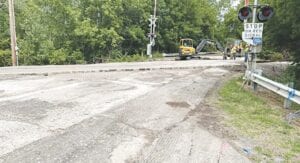 FLUSHING — Motorists will have a smoother drive down S. Seymour Road this summer, following the conclusion of a resurfacing project at the Flushing City limits.

On July 31, the City of Flushing and primary contactor Eastern Asphalt completed a repaving of S. Seymour Road between W. Pierson Road and the railroad tracks at Lynn Street and the Creekview Trail. The project, which started during the week of July 20, included a three-inch mill and resurfacing, crack repairs, permanent repairs on weak spots and new pavement markings.

Crews finished up the project with shoulder repairs and an application of permanent lane markings last Friday.

Tony Nowiski, director of the Flushing City Department of Public Works (DPW), said that the repaving project will be beneficial for drivers heading into and out of town on Seymour Road. 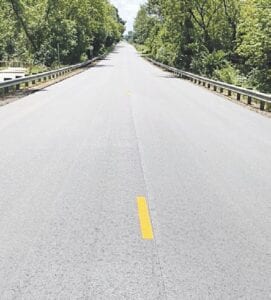 Altogether, the repaving project totaled $219,311 and was paid for through the city’s road funds. Flushing City Council approved the project this past winter, and a bid was awarded to Eastern Asphalt in April.

Moving forward, the city is planning to repave Seymour Road from Emily Street to W. Pierson Road in 2021 and extend repaving operations down the city’s section of W. Pierson Road along the railroad tracks.