Crime blotter 2020: A look back at cases and investigations in Flint Township 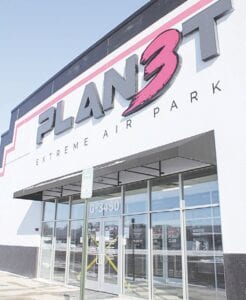 FLINT TWP. — Here is a look back at some of the most notable cases that the Flint Township Police Department responded to in 2020:

On Jan. 18, officers responded to a shooting at the Planet 3 Extreme Air Park on 3450 Miller Road. No charges were brought against a 39-year-old Flint woman who fatally shot her boyfriend, Damon Hodges, 43, of Flint. Genesee County Prosecutor David Leyton said that Hodges had a history of domestic violence against the woman and that the shooting was an isolated incident stemming from “a history of domestic violence involving the deceased man and the woman.”

According to police, Hodges was seen by witnesses and on surveillance video attacking the woman’s 14-year-old son the evening of the shooting while the three were at the air park. Leyton said that under Michigan law, the woman had the right to defend herself and her son against what could have been a threat to both of their lives.

Flint Township police responded to an armed robbery at the Speedway gas station on 6526 Corunna Road on Feb. 23. During the armed robbery, a male suspect used a knife to threaten the clerks while stealing money and cigarettes.

On March 3 at 3:35 a.m., police responded to the same Speedway for another report of an armed robbery committed by the same suspect. Flint Township police were able to identify and arrest Dennis Horton, who was charged with two counts of armed robbery and one count of unlawful imprisonment.

On March 14, officers were dispatched to the 3400 block of Southgate Drive for a shooting. Police discovered a 33-year-old male resident shot inside the home. The victim was transported to a local hospital, where he was later pronounced dead.

On May 11, Flint Township police and members of the Michigan State Police Fugitive team arrested a suspect in the Southgate shooting case: Edvin Pendleton Mitchner, a 30-year-old Flint resident. Reports conducted in March said that Mitchner forced entry into the residence on Southgate Drive and got into a physical altercation with the homeowner before shooting him and fleeing the scene in an awaiting vehicle.

On June 15, police responded to an assault at the Macy’s store inside the Genesee Valley Mall on 4600 Miller Road. Officers learned that a Macy’s store manager had been attacked by a young male suspect. Two weeks later, police arrested 18-year-old Damire Palmer of Mt. Morris Township in connection to the assault.

Palmer pled guilty to a charge of assault with intent to do great bodily harm less than murder, a 10-year felony, in August. However, on request from the victim in the case, Palmer’s sentence was reduced in September to two years of probation and 180 days in jail. The felony charge will also be reduced to aggravated assault if Palmer completes his sentence.

On July 26, police arrived at the scene of quadruple shooting at the Mega Classic Diner on 4462 Corunna Rd. A 26-year-old Flint man was taken to a local hospital, where he was later pronounced dead. Three other individuals were also taken to the hospital and treated.

Police later arrested the shooter, Taj Jackson II, a 25-year-old Flint man, who was charged with open murder, three counts of assault with intent to murder and four weapons charges on July 29.

Three people were arrested in connection to a shooting at the Villa Mobile Home Park off Torrey Road on Sept. 2. A 19-year-old man had been shot at the scene and was transported to the hospital, where he later died.

On Sept. 6, police responded to a shooting at the PetSmart store on Miller Road. Witnesses told Flint Township police that Flint resident Lee Curlee, 43, was standing next to his car in the parking lot when the driver of a dark-colored vehicle pulled up, got out and fired several shots at the victim. Curlee died at the scene. The suspect is still at large.

On Sept. 17, police arrested two men in connection with a deadly hit-and-run on Ballenger Highway south of Flushing Road. One of the men, 37-year-old Ramon Bishop of Flint, was charged with vehicular manslaughter in the death of Roy Muhammed of Flint.

On Oct. 13, police arrested a 25-year-old Flint Township man for allegedly shooting another township resident in the leg at the Home Depot on 4380 Corunna Road. The victim was transported to the hospital and was in critical care for several days. Police said that the shooting transpired from an earlier altercation between the two men.