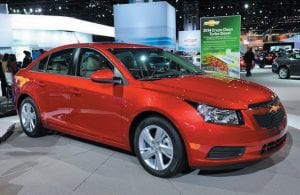 Chevrolet is entering the U.S. and Canadian diesel car markets this summer with a 2.0-liter turbo-diesel version of its hottest-selling sedan, the Cruze.