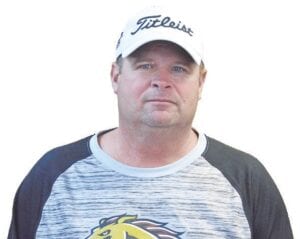 The Final Four is set and ready for Saturday action and a Monday night championship game.

The Houston Cougars punched the first ticket on Monday night with a victory over Oregon State 67-61. The 12-seeded Beavers made a tremendous run to the Elite Eight and nobody expected it either. However, in the end Houston was just more talented and too tough defensively and that was the difference —The Houston Cougars first trip to the Final Four since 1984. The great “Phi Slama Jama” team seems like yesterday to me! Wow, time goes by fast, don’t it?

The Baylor Bears winners over Arkansas will meet the Houston Cougars on Saturday. The Baylor Bears drought to the Final Four is over. A 71-year absence for Baylor as you have to go back to the year 1950. I feel as though the Baylor Bears are a more talented offensive team then Houston. I do, however, give the Houston Cougars the edge defensively but not by much. I think Baylor prevails in this contest also because of their strong guard play. I’ve felt Baylor is the second best team in the country behind the Gonzaga Bulldogs all year long. The cheeseball is crystal clear here: Baylor 63 and Houston 57. The tip will be at 5:14 on Saturday.

The second contest will be Gonzaga and UCLA. The Gonzaga basketball team embarrassed the USC Trojans winning by 19 points. I can say, this basketball game was over three minutes into the game. The eyeball test said total mismatch on the basketball floor. I deep down thought the USC team had a chance and boy was I wrong. The Gonzaga team showed why they were the No. 1 over all seed in this tournament.

The No. 11 seeded and play in game, I might add, UCLA stunned the No. 1 seed Michigan 51-49. The Bruins improbable run to the Final Four started with Michigan State and ended with Michigan! I thought Michigan stunk up the gym the entire night to be honest. How do you let UCLA and one man named Johnny Juzang beat you?

I mean, he was 11 of 19 shooting and scored 28 points for Pete’s Sake. The Wolverines last three shots were taken by Wagner and Smith who were a sick 2 of 17 from the floor all night! The UCLA team only scored four points in the first 10 minutes of the basketball game. The Wolverines should have buried them right then but didn’t as they were turning over the basketball. How about missing your last eight shots of the game and failing to convert a bucket in the last 5:22 of the game? Holy smokes, talk about gagging as a basketball team.

The Wolverines should never have lost to UCLA in my opinion! The bottom line is, UCLA will play the Gonzaga team at 8:34 p.m. on Saturday night. The cheese ball is plugged in crystal clear here: The “Zags” 78 and Falling Cinderella Slippers UCLA 63.

The Monday night championship game will be Gonzaga cutting down the nets and a perfect season goes with it. The crystal clear cheeseball says “Zags First Ever Title” 74 and Baylor Care Bears 68.

Can it be Opening Day of Major League Baseball time already? Yes, it has creeped up on all of us I think. The Detroit Tigers will open up at Comerica on Thursday against the Cleveland Indians. I think new manager A J Hinch will send out Matthew Boyd to face Shane Bieber of the Indians. It will be the first time in years the fat guy has not attended Opening Day in Detroit in over two decades. The Tigers, I hope, will be improved and it starts with pitching. The year rests on pitchers Micheal Fulmer, Casey Mize, Julio Teheran, Jose Urena , Tarik Skubal, Daniel Norris and Spencer Turnball. If the pitching improves, and it should, the Tigers will be more competitive. The Miguel Cabrera watch will be 13 home runs and 134 hits this summer. Why? How about Miguel would then become the 7th in MLB history with 3,000 hits and 500 home runs. I hope he can stay healthy and accomplish the feat this summer.