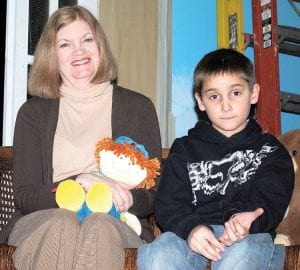 Performed as a dinner theatre, “The Curious Savage” is written by John Patrick and is a comedic play about Ethel P. Savage, a woman whose husband recently died and left her approximately $10 million dollars. According to the play synopsis, Ethel wants to make the best of the money, “in spite of the efforts of her grownup stepchildren to get their hands on it.” The action unfolds as the stepchildren commit her to a “sanatorium” in hopes of “bringing her to her sense.” Despite their efforts, Ethel is determined to use the money to establish a fund to help others realize their hopes and dreams. While in the sanatorium, she encounters various social misfits and through meeting them, finds happiness. 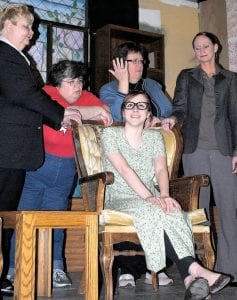 In his foreword to the play, Patrick states: “It is important in ‘The Curious Savage’ that the gentle inmates of The Cloisters be played with warmth and dignity. Their home is not an asylum nor are these good people lunatics. Any exaggeration of the roles will rob them of charm and humor. The whole point of the play is to contrast them with Mrs. Savage’s children and the insane outside world. To depart from this point of view for the sake of easy laughs will rob the play of its meaning.”

The play is directed by Katie Thompson. Kaylie Briggs is the assistant director; Sarah Terry is in charge of lights and Jim Thompson is the host. Center Stage would like to express its thanks to Lynn Cavett and the Community Education staff, the Swartz Creek Karate Club, Gilroy’s Hardware, Jim Thompson, Logan LaClair, Dave Thompson and Dan Thompson.

“The Curious Savage” is presented by special arrangement with Dramatists Play Service, Inc. of New York.