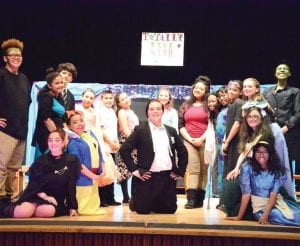 Give a final round of applause to the cast of “Ever After” which is being called one of the best productions so far by the Carman-Ainsworth Middle School Theater group. The hilarious parody of famous fairy tales was staged last week over three nights. Here is a photo of the cast.