‘Dancing with the stars 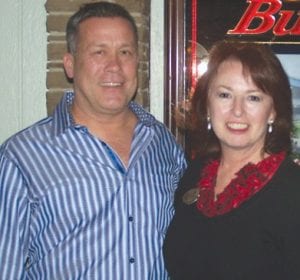 GRAND BLANC TWP. — The Jewel of Grand Blanc golf and event center will host a local version of “Dancing with the Stars” in April for a good cause and a good time.

According to Jet Kilmer, president of the Grand Blanc Chamber of Commerce, “Dancing with the Local Stars” will be held April 11 and will raise money for them to be able to purchase new teddy bears for local law enforcement officers to give to children who might be in a traumatic or crisis situation.

Stories abound of the comfort brought to little ones by the bears and Kilmer said this was an event the Chamber initially looked at because they wanted to provide something for the community that wasn’t of direct benefit to the Chamber itself.

When she initially spoke with Township Police Chief David Stamm, she thought perhaps they might help them buy defibrillators or other equipment, but he told her those types of things he had covered by grant money. 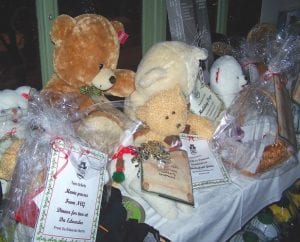 Some of the teddy bears bought by the Teddy Bear Patrol project in 2011.

He did however suggest the Teddy Bear Patrol project, which she co-chairs with local businessman Dave Donahue.

“The teddy bears are a great way to calm them,” Kilmer said of children who receive the bears from officers.

Unfortunately, bears cannot be donated due to possible allergic reaction, but the bears purchased will be used all over the county and beyond. For the first time, Kilmer said they have extended the invitation to Shiawassee County for bears if they need them as well.

Donahue said the event is already sold out, but donations can be accepted regardless.

“This is my baby,” Donahue said. “Any donation will help.”