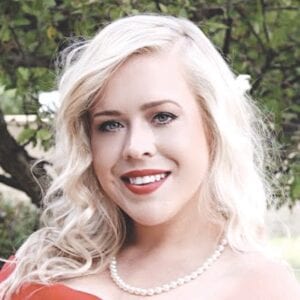 FLUSHING — Lifelong Flushing resident Meredith Davis has announced her candidacy for the 7th District of the Genesee County Board of Commissioners.

Davis, a Republican, made it onto the Nov. 3 general election ballot after waging a successful write-in campaign for the Aug. 4 primary. There were no other Republican candidates on the primary ballot.

Davis secured 260 certified write-in votes at the August election, which was well over the 194 votes that she needed to be nominated for the November ballot, based on the state formula. She will now face Democratic incumbent Martin Cousineau at the Nov. 3 general election.

“Genesee County residents are concerned for the safety of their families on the roads, and in their homes, and they deserve a helpful, responsive county government,” Davis said. “As county commissioner, I will be committed to public safety, supporting our police and first responders, maintaining our roads and greater fiscal restraint in the face of a looming budget shortfall.”

Davis has worked as director of marketing for a real estate firm for over four years, bringing a wealth of board experience and business savvy to the race for commissioner. She also holds a Bachelor of Business Administration in International Business from the University of Michigan-Flint and is currently pursuing a dual MBA and MS in Computer Information Systems.

Davis is an active member of the local Republican Party, serving as a precinct delegate in Flushing Township and as an elected member of the 5th Congressional District GOP Committee. She is also a member of the Kiwanis Club of Flint.