Most incumbents gone after challengers pull off wins 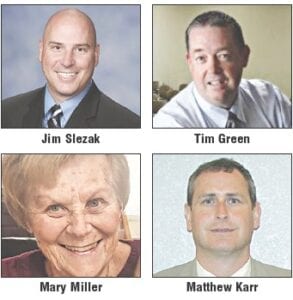 DAVISON TWP. — Residents voted in a new supervisor, clerk and treasurer in the Nov. 3 election, as well as one new trustee who will be joining the board.

He told the Davison Index prior to the election he would work to get rid of taxpayer funded transportation for township officials and add transparency, not only in the office of the supervisor but also in every area of the township.

Slezak said he would also work to improve the township’s working relationship with Richfield Township and the City of Davison for the better.

“We should all be willing to work together for the good of all of Davison,” he said.

In the race for treasurer, Republican Tim Green defeated incumbent Patrick Miller by a vote of 6,130-5,346. 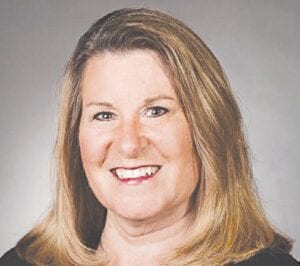 Green, 64, a Navy veteran, is a real estate agent/broker and has an associate degree in Business Management & Marketing.

He told the Index before the election he would have an open-door policy to be easily available to all residents.

As treasurer, he said he will encourage all township departments to reduce spending by 10 percent to “keep the resident’s taxes in check.”

Green said he would also work to end the practice of township officials retiring while in term and appointing another board member to replace them without letting the residents decide.

Like Slezak, he said he’d also like to eliminate the supervisors, treasurers and park coordinators vehicles that taxpayers pay for.

Miller won 6,643-4,725. She said she handled the finances for her husband’s small manufacturing business for years.

She told the Index before the election she would like to see the Davison community grow and maintain its “standards and desirability for business and residents.”

“As a former realtor, I really appreciate beautiful local parks, attentive policemen and firemen, active senior center and well-kept lovely properties,” said Miller. :In my opinion, this describes the Davison Community of which I am proud to be a part.”

From the field of four candidate for the two trustee positions, voters elected incumbent Matthew Karr and newcomer Lori Tallman by votes of 6,495 and 6,387, respectively.

All numbers reflect vote totals reported on the Genesee County Clerk website as of press time.