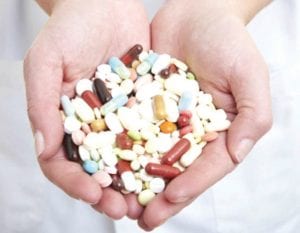 FLINT TWP. — This weekend the U.S. Drug Enforcement Administration (DEA) is reprising one of its most popular community programs: National Prescription Drug Take Back Day, according to a press release.

On Saturday October 22 from 10 a.m. and 2 p.m. the public can dispose of their unused, unwanted prescription medications at one of 4,700 collection sites nationwide, operated by 3,800 local law enforcement agencies and other community partners. The service is free of charge, no questions asked.

The Flint Township Police Department, 5200 Norko Drive, is one of several local agencies that have a permanent collection box. It is located in the lobby which is open around the clock.

Last April, during its 11th Take Back Day, the DEA and over 4,200 of its national, tribal, and community law enforcement partners collected 893,498 pounds (about 447 tons) of unwanted prescription drugs at almost 5,400 collection sites. Since the program began six years ago, about 6.4 million pounds (about 3,200 tons) of drugs have been collected. That’s more than a quarter pound of pills for each of the 25 million children aged 12 to 17 in America, pills that won’t result in abuse or overdose.

Drug overdoses are now the leading cause of injury-related death in the United States, eclipsing deaths from motor vehicle crashes or firearms, according to the DEA. The majority of prescription drug abusers report that they obtain their drugs from friends and family, including from the home medicine cabinet.

America is presently experiencing an epidemic of addiction, overdose and death due to abuse of prescription drugs, particularly opioid painkillers. 6.4 million Americans age 12 and over — 2.4 percent of the population — abuse prescription drugs, according to the 2015 National Survey on Drug Use and Health released last month, more than abuse cocaine, heroin, hallucinogens, and methamphetamine combined.

The public can find a nearby collection site by visiting www.dea.gov, clicking on the “Got Drugs?” icon, and following the links to a database where they enter their zip code. Or they can call 800-882-9529. Only pills and other solids, like patches, can be brought to the collection sites—liquids and needles or other sharps will not be accepted.