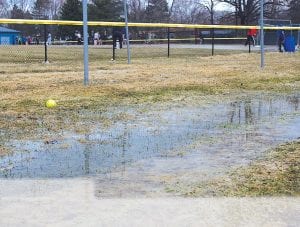 FLINT TWP. — The spring high school sports season was slated to get underway for some schools yesterday, with the majority kicking off the current campaign Monday, March 28. With the iffy weather continuing to saturate the playing fields, its likely the season may be delayed until the early part of April, which coincides with spring break for most of the schools. Next week we’ll preview the seasons starting with baseball, softball, girls soccer and lacrosse, then highlight the girls’ tennis, boys’ golf and co-ed track teams in our April 7 edition. Once the sports team can play outside, weekly recaps of each sport will be found inside the pages of the VIEW. — L.P.