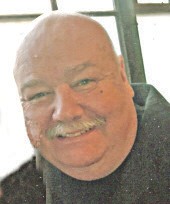 “Deputy Johnson dedicated his life to protecting and serving the residents of Oakland County,” said Sheriff Michael J. Bouchard. “He made an insurmountable impact on those he worked with and those he taught through his pursuit driving instruction. He was an asset to both Waterford and the Sheriff’s Office, and today we honor his service to our community.”

Johnson graduated from Waterford Kettering High School and attended Oakland Community College, where he earned an associate degree. He completed the police academy after college, and was hired by the Waterford Township Police Department.

During his career in Waterford, he served as a police officer, DARE officer and detective, retiring in 2003. Following retirement, he joined the Oakland County Sheriff’s Office in 2005 and had since served as court deputy for 52-2 District Court in Independence Township.

In addition to his positions with the Waterford Township Police Department and Oakland County Sheriff’s Office, Johnson was a very well-respected and talented pursuit training officer, Bouchard said. He taught many on the finer points of pursuit driving and everyone who was privileged to have him as an instructor admired his passion for training and law enforcement, the sheriff said. — L.R.