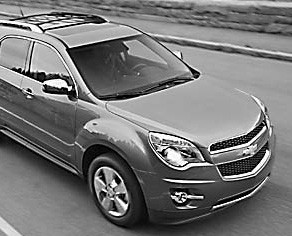 Passenger cars and a small SUV together boosted GM’s August new car sales report. GM reported August sales of 240,520 vehicles in the U.S., up 10 percent com- pared with a year ago. GM increased its sales to retail customers by 11 percent, making August its best retail month of the year. Sales to fleet customers were up 6 percent compared with a year ago. All four GM brands posted higher total and retail sales.

GM said that thanks in part to extensive national advertising during the Olympic Games, Chevrolet passenger car sales were up 25 percent, with the Spark, Sonic, Cruze and Volt all posting their best-ever monthly sales. In addition, the Chevrolet Equinox set an August record with a 22 percent, year-over- year, sales increase.

Other sales highlights for August include an 11 percent, year- over-year, increase in Cadillac sales driven by strong demand for the SRX crossover, the Escalade and the new XTS large sedan. 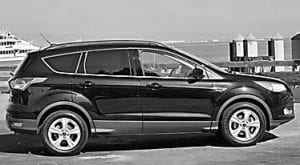 Buick sales increased 12 percent on the strength of the Vera- no, which has seen nine such back-to-back monthly sales increases. Buick recorded its best retail sales since September 2007.

GM is in the midst of an aggressive rollout of new products in the United States. Some 70 percent of all of GM’s nameplates will be redesigned or all-new over the course of 2012 and 2013, GM officials say, with the four-cylinder 2013 Chevrolet Malibu and the 2013 Cadillac ATS reaching the market now. 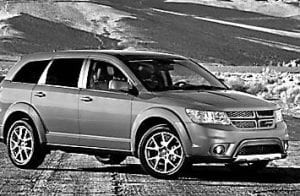 Ford added a third crew at the Louisville Assembly Plant in August to support demand for the new Escape small utility, the fastest-turning vehicle in Ford’s U.S. lineup. Escape posted its best August sales results ever, a 37 percent gain versus last year, with 28,188 vehicles sold. Meanwhile, the Explorer posted its best August sales results since 2006, with 13,168 vehicles sold.

Sales of Ford trucks increased 6 percent in August. America’s best-selling vehicle, the Ford F-Series, reported sales of 58,201 vehicles – a 19 percent increase, year over year – for its 13th straight month of sales increases and its best sales month of 2012.

A full-size crossover, among several other report for August.

The Dodge brand produced three recordsetting models while registering the largest sales volume of any Chrysler Group brand in August. The Dodge Journey full-size crossover set an all-time sales record while the sporty Dodge Avenger mid-size sedan and Dodge Challenger muscle car each set a sales record for the month of August.

Chrysler Group’s 14 percent increase in August was driven in part by sales of the new Dodge Dart compact sedan (3,045 units). Dart sales were up 294 percent in Au- gust compared with the previous month of July.

Meanwhile, the Chrysler 300 flagship sedan, with its substantial 65 percent increase, contributed to Chrysler Group’s August increase, as did the Chrysler Town & Country and Dodge Grand Caravan minivans, each posting double-digit percentage gains for the month. The Jeep Grand Cherokee, with a 13 percent hike, had its best August in six years while the Ram pickup truck extended its lengthy streak of consecutive year-over-year sales gains with a 19 percent increase in August.