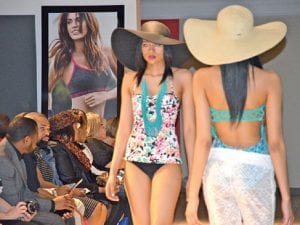 From left, beach attire was one of the featured scenes in Macy’s fashion show. Several male models also walked the runway in the latest men’s styles. A plus-sized model and fashions were featured in the show.

FLINT TWP. — The power of mixing and matching separates to get a fresh look was a big theme in the Spring Preview Event fashion show held Sunday at Macy’s in the Genesee Valley Center shopping mall.

Macy’s partnered with the Rollic Entertainment Group of Burton to host the benefit show as a fundraiser for programs at the Haskell Youth Center in Flint.

Putting on a fashion show in the middle of a department store takes some strategic planning. Placement of folding chairs along a wide aisle in the furniture department on the second floor transformed it into a runway where about 25 male and female models strutted the latest styles in seven scenes including beachwear and workout gear. Premium Macy’s lines including Michael Kors, Ralph Lauren and INC. were featured, as were creations by local designer Brittany Barbee. 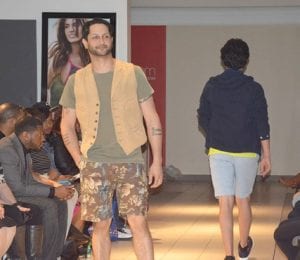 Show attendees were treated to prize giveaways, a silent auction and coupons for a private discounted shopping event after the show

Organizers did not respond to a request for how much money was raised. 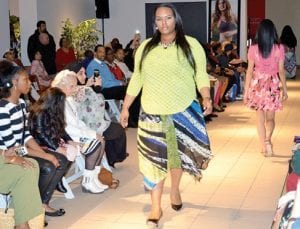 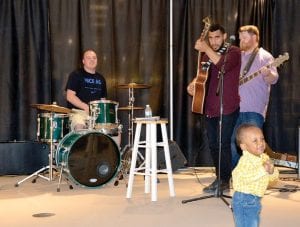 Manny Torres and his band provided entertainment before the show and at intermission.