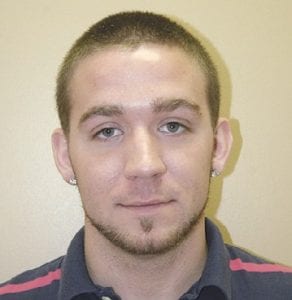 The Detroit Red Wings are once again off to a fast start to the 2010-11 season and currently sit 12-3-1 with 25 points and in first place in the Central Division. The Detroit Pistons on the other hand are coming slow out of the gate and sit at 4-8 and in last place in the Central (records as of 11-19). The Wings are one of the top teams in the National Hockey League, while the Pistons are one of the worst in the National Basketball Association.

Ken Holland and Jimmy Devellano make up the front office of the Red Wings and are not only one of the best tandems in hockey, but in all of sports. Hall-offamer and former “Bad Boy,” Joe Dumars, is in control of all personnel decisions made by the Pistons. Dumars took a struggling franchise and turned it into NBA champions in 2004 and a fourth quarter collapse in 2005 from repeating as champions.

Mike Illitch, owner of the Red Wings and the Detroit Tigers, is one of the better owners in sports and puts full trust in his front office people. Illitch has been in negotiations with Pistons owner, Karen Davidson, about buying the franchise.

A recent report suggests the negotiations have hit a snag and talks have opened up with other bidders. In all reality, the sale should go through and Illitch will own the Pistons. The sale would include Pistons, The Palace of Auburn Hills, DTE Music Theatre and The Meadowbrook Music Theatre.

If the sale were to go through, Illitch has already expressed interest in building a new arena in downtown Detroit that would house the Wings and Pistons. This could be the one sticking point to the sale as The Palace is considered one of the best facilities in the business and would move the team from Auburn Hills to Detroit.

Dumars is limited in what he can do while the pending sale is still in negotiations. It is widely speculated that Davidson has told him not to add money to the current payroll even though there are rumors of teams interested in players on the current roster. Once the sale goes through, Dumars should have full reign to wheeland deal like he used to.

While the Pistons look like they are in for another long, disappointing season, the future would have to look bright if Illitch is able to buy the franchise.

As a fan, I beg Ms. Davidson and Mr. Illitch to come to a compromise and finalize the deal. I am more concerned about the product on the court than I am of where the Pistons play their home games.

Illitch opens up his checkbook and lets his personnel people take care of shaping the roster. He hires the right people to make those decisions for him.

The Pistons to Illitch is the one answer that makes sense and could mold the Pistons after his beloved Red Wings, who are a lock for the playoffs every season and contend for titles more often than not. The sale of the team to anyone other than Illitch could keep the team trending in the wrong direction.