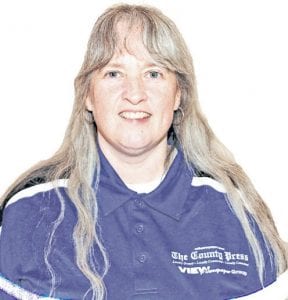 Leave it to an eight-year old to put so concisely into words what adults have struggled for decades to do.

Tommy Morrissey, now 8, has been blowing up social media since the age of three when a local news station in New Jersey did a story on the then-threeyear old one-armed golfer. Morrissey was born with one arm due to a blood clot and golfs as a leftie.

While being interviewed last Monday on the Highway with Storme Warren, who said that he hated the world disabled, Morrissey didn’t even hesitate when Warren asked him what word should be used instead of disabled, Morrissey simply said, differently able-to.

What a perfect choice. That encompasses what every person with a disability would like the world to see. Doing things differently. Morrissey is doing just that competing at the top level of the U.S. Kids World Golf Championships. He’s inspired some of the PGA’s greats, including Tiger Woods, Jordan Spieth and the late Arnold Palmer. Morrissey has putted with Woods and Bubba Watson and has met many of the other golf greats, whose swings he adopted, and adapted.

Morrissey has been called a wunderkid, a phenom, and inspirational. For him, he’s just doing what he loves, playing sports. He doesn’t just golf, but plays football, baseball, soccer and ping pong. He said he just loves to compete. For him, this is just normal. What many struggle to do with two functioning arms, young Morrissey is mastering with one.

I love this kid. I almost drove off the road when he so surely coined the new phrase that we all should use. Differently-able-to. Kind of rolls off the tongue, doesn’t it. Explains everything in one neat little statement. There is no can’t. There is no whining. No wishing that he had the missing part of his right arm. No big deal he says. It’s just what I love to do.

It’s the beauty of being a kid. Seeing things through uncomplicated, non-politically-correct eyes. Morrissey, thanks to parents who chose not to use the can’t-do mantra of child rearing, doesn’t see anything he can’t accomplish. He carries on using the glass-half-full way of seeing the world. We could use a lot more Tommy Morrissey’s in the world. That’s for sure.

Then, in stark contrast to this feelgood story, news broke last Tuesday of the largest collegiate cheating scandal. Celebrities, college coaches and others are now in a place they didn’t want to be: the criminal justice system. Parents buying their kids scholarships for sports they have never played. What a crock. What a crying shame.

For everyone one of these silver spoon fed kids, there are countless deserving athletes who have played soccer, volleyball, and other sports since the young ages of seven and eight, and who actually know what a rowing crew is, who were denied these scholarships. What a sad state of affairs.

Right on top of that comes more college hazing death news. Why in God’s name are college’s still allowing, or more accurately, turning a blind eye away from this stupid practice? Pledges are being beaten senseless, made to take drugs, forced to drink a gallon of alcohol in an hour and deprived of sleep. What shred of decency is there in any of that? How many more kids are going to die before hazing is made illegal?