The smash hit Broadway musical plays Flint’s The Whiting, May 18-19 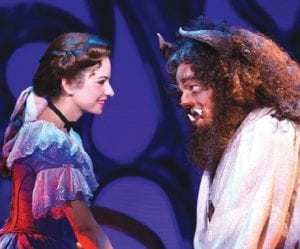 FLINT — Disney’s Beauty and the Beast, the award-winning worldwide smash hit Broadway musical, is coming to Flint as part of The Whiting Presents series.

Produced by NETworks Presentations, this elaborate theatrical production will come to life on stage at The Whiting on May 18-19.

The Whiting is located at 1241 E. Kearsley St. in Flint, just off I-475 between the University of Michigan Flint and Mott Community College on the Flint Cultural Center campus. For information on the production, visit www.BeautyAndTheBeastOnTour.com.

The original creators of the Broadway production are together again for this new touring production! The play is directed by Rob Roth and choreographed by Matt West, with costume design by Ann Hould-Ward (Tony Award® winner for her work on Disney’s Beauty and the Beast), Lighting Design by Natasha Katz, scenic design by Stanley A. Meyer, sound design by John Petrafesa Jr. and music supervision by Michael Kosarin.

Disney’s Beauty and the Beast is the classic story of Belle, a young woman in a provincial town, and the Beast, who is really a young prince trapped in a spell placed by an enchantress. If the Beast can learn to love and be loved, the curse will end and he will be transformed to his former self. But time is running out. If the Beast does not learn his lesson soon, he and his household will be doomed for all eternity.

Disney’s Beauty and the Beast has become an international sensation that has played to more than 35 million people worldwide in 21 countries.