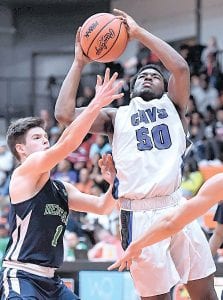 FLUSHING — The Carman- Ainsworth boys’ basketball team was slated to battle Saginaw High in the district championship last Friday, but the game has been postponed indefinitely due to the outbreak of COVID-19.

Carman-Ainsworth is currently 17-5 overall and ranked No. 7 in Div. 1.