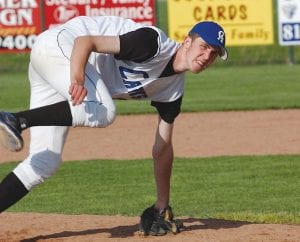 SWARTZ CREEK — Host Swartz Creek set the table for the semifinal rounds of the No. 3-1 baseball and softball districts with the Dragons losing both contests to Flushing.

That puts Flushing baseball up against Flint Northern at 10 a.m. on Saturday, with the Carman-Ainsworth vs. Flint Northwestern semifinal at noon. The championship game takes place at 2 p.m.

For softball, Carman- Ainsworth squares off against Flint Northwestern at 10 a.m., followed by Flushing vs Flint Northern at noon. The championship game is at 2 p.m. 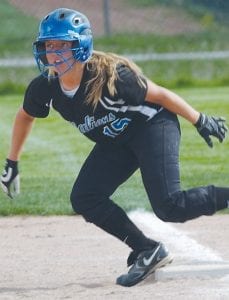 Carman-Ainsworth’s Kelsey Ferguson makes her stride toward second base.