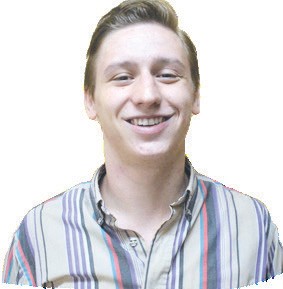 I do not understand Daylight Saving Time. It’s completely insane to me that as a collective culture, we communally decide to twist a lever or press a button on our clocks and lie to ourselves that it is now 6 p.m. and not 7 p.m., or vice versa. Every seven months, we societally attempt time travel. If this wasn’t so engrained in our lives, it’d feel like a thematic detail from a Philip K. Dick novel.

It is a simple concept, yet near impossible for me to wrap my mind around; it perplexes me to no end. Prior to this weekend, I had always stated that I was firmly ‘anti-DST’ when in actuality I meant the opposite. I want the extra hour of daylight at the end of my day, not the beginning.

The macro benefits of eliminating DST, like keeping from disrupting schedules, negligible differences in energy costs, etc., are apparent, but I am, at my core, a selfish person. I personally want to live in a world where the clocks are always sprung forward, so that is what I will convince myself is best for society as a whole. In my formative days, there was always a three-week stretch around the end of October where I became depressed, or at least convinced myself that I was. I have a vivid memory of sitting in my kitchen on our family computer and being alone. There was no light in the entire house, other than the electric blue glow from the computer screen imposed upon my face. Retroactively, this seems impossible. I would never truly be alone in a household with two parents and five siblings, the oldest of which is only two years my senior. I don’t know if this is genuine memory, or something manufactured that I use to encapsulate this period in my life.

Oblivious to me until I was 15, these 21 days unflinchingly coincided with the purgatorial break between the fall sports season and the start of basketball practice. I felt like the genius and the fool; obviously I didn’t want to be sitting at my computer. I wanted to be gasping for air in a stuffy gym, as I shot freethrows after running wind-sprints.

With the realization, came the romanticisation. The sun setting at 5:30 on frigid December afternoon no longer marked the end of a day. It marked a two-hour countdown until some tiny bandbox of a gym would be transformed into a cathedral with its congregation dressed in winter caps and snow-boots, as opposed to veils and loafers. There would be no incense or Latin hymns, only the smell of sawdusty popcorn and the sounds of sneakers on the hardwood and a rosy-faced coach, two words away from his second technical foul.

For three weeks a year, I still pretend to be cynical, but here I am sitting in a dark room because Daylight Saving Time has failed me yet again. But my headphones are filled with the soundtrack of 1986’s “Hoosiers” and my credit card debt is slightly larger from the Pistons tickets I just bought for tonight’s game. I say I have depth, but I’m just a young man who gets a kick out of watching a leather ball fall through a metal hoop.