Documenting the lives of the Greatest Generation 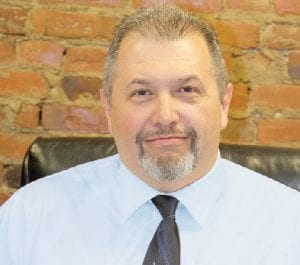 Several months ago I was contacted by Rudy Bolf, a member of the Knights of Columbus in Davison, who told me of a project he and his organization were working on. It was called a Pride and Honor Flight and he not only wanted my help in getting out the word about this event — he wanted me to take part in it.

The Pride and Honor Flight is a one-day trip to Washington D.C. for a group of World War II veterans from this area.

The trip will take them to visit the nation’s World War II Memorial giving them not only a chance to see this monument to them, but also giving them a chance, in many cases, to talk one last time to other aging veterans to recall their stories, their memories and their service to this country.

We’ve started running a series of articles in some of the View Newspapers and The Davison Index profiling these veterans. Over the course of the next few weeks, leading up to the trip on June 18, each of the five Genesee County papers in our chain will feature at least one or more of the vets who are going to D.C.

It will be my honor on June 18 to accompany these 40 men on their flight. My job there will be to assist any of them who need help getting around, as well as to document the journey for our readers.

As I, and other members of our staff here, begin interviewing these gentlemen, I am coming to realize this is really an opportunity of a lifetime. World War II veterans, often referred to as the Greatest Generation, are dying at a rate of 1,200 per day. Many of their stories are already lost to time and for some their service is forgotten, but with this group of veterans we have a chance to tell some of their stories and remind people exactly why we are living free today. Without the sacrifices made by that generation, we would likely not be the nation we are today living in the free society we have all come to take for granted.

The interviews so far have been amazing. They are filled with emotions and thoughts about the war

— so much so I honestly could fill pages of the newspaper with their accounts. Serving in World

War II wasn’t as simple as “we went there, did our job and came home.” That’s just brushing the surface.

Someone asked me recently if the veterans want to talk about their experiences, or if it’s something too troubling for some of them to speak about. So far I haven’t met one who didn’t want to talk, but I would certainly respect their wishes if they didn’t. What I’ve found is yes, some of them have very bad memories. War is not a pleasant thing. But they also want their stories told so people remember what they did and in many cases what they gave for their country.

There are also those moments where fond memories of friendships made during the war surface. Recollections of friends long gone, funny things that happened when they weren’t in battle, or heroic deeds they may have witnessed along the way.

One gentleman I spoke with struggled to remember some of the places and events, age having taken its toll on his memory. But when his daughter reminded him of a song taught to him by Japanese children after their nation’s surrender, a huge smile suddenly appeared on his face and he began to sing the song for me — not missing one word. He followed up to this by counting to 10 in Japanese, something he also learned as part of the occupation force in Japan following the war.

Yes, I truly feel blessed to be a part of this event and I hope you will enjoy the articles as they appear in these weeks ahead.