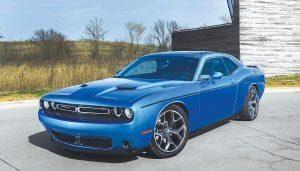 Chrysler and Jeep are the most improved brands in J.D. Power’s 2016 U.S. Initial Quality Study (IQS) with both brands improving their initial quality scores by 20 percent from last year’s study.

For a third consecutive year and for the fourth time in six years (2011, 2014- 16), Dodge Challenger ranks at the top of the Midsize Sporty Car segment.

“Our commitment to quality is starting to show results as Chrysler and Jeep make strong improvements in initial quality, but there is still much work to do,” said Scott Garberding, Head of Quality, FCA – Global. “My colleagues and I are focused on continuing the positive momentum created so far as we look to earn and maintain the trust and loyalty of customers across all our brands.” 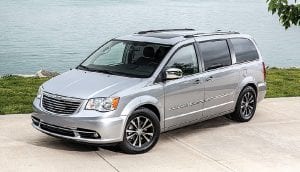 IQS is based on responses from more than 80,000 purchasers and lessees of new 2016 model-year vehicles surveyed after 90 days of ownership. The study asks customers to identify issues with their vehicles’ design, as well as defects. “Dodge Challenger continues to impress new owners year after year with the muscle car now leading the Midsize Sporty Car segment in initial quality for the third straight year and the fourth time in six years,” Garberding added. “Chrysler and Dodge minivans continue their leadership position in the segment by taking the top two spots in initial quality.”

The Dodge brand’s Challenger muscle car arsenal for 2016 is reloaded as the most complete model lineup with 10 trim levels, ranging from the 707-horsepower SRT Hellcat to the 305-horsepower, 30-mpg, 3.6-liter Pentastar V-6- powered SXT model. All 2016 Dodge Challenger models are designed and engineered for world-class precision and outstanding performance. 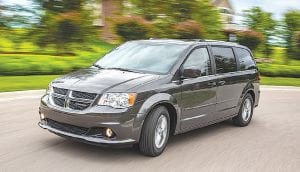 Challenger previously achieved the highest IQS ranking among Midsize Sporty Cars in 2011, 2014 and 2015, as well as being named a segment leader in the J.D. Power U.S. Automotive Performance, Execution and Layout (APEAL) Study in 2014 and 2015.

The IQS study, now in its 30th year, is based on a 233-question survey conducted between February and May 2016.