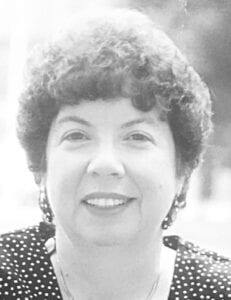 DOLORES ANN BENNETT, 73, of Davison, passed away on Wednesday, May 27, 2020 at Ascension Genesys Hospital in Grand Blanc.

Dolores Ann Adams was born in Flint, on October 6, 1946, daughter of the late Jesse and Ann (Schmidt) Adams. She worked at Michigan Bell as a supervisor for 28 years. Dolores married William Vaughn Bennett on June 28, 1980 in Flint. He predeceased her in March of 1999. Dolores and Bill enjoyed golfing, car shows and traveling together. She was an active member of St. John Catholic Church in Davison, where she proudly served with the Daughters of Isabella. She enjoyed participating with the Red Hat Society, cooking and she loved her cats, Coke and chocolate. After her husband’s death, she enjoyed her community at Fenton Healthcare where she had many friends and participated in crafts.

She was preceded in death by one grandchild in December 1989.

Cremation has taken place. A private memorial gathering will be held on a later date. Dolores will be entombed at St. John Catholic Cemetery with her husband, Bill.