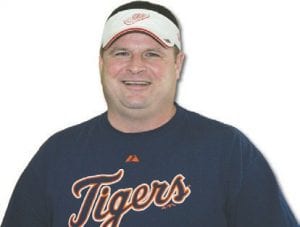 The college basketball Big Ten Champs are the Michigan Wolverines. That’s a total surprise and shocker, I am sure, for most Big Ten college basketball fans. I didn’t think the Wolverines would win it, to be honest. I really thought the Michigan State Spartans were the favorites and should have won it. I guess that’s why they play the games on the court. Congratulations are in order for coach John Belein and his staff. John lost Trey Burke and Tim Hardaway Jr. to the NBA and never missed a step with his team. John has built Michigan back into the NCAA college basketball scene.

I am tired of listening to the “experts” talk about the Wisconsin Badgers receiving a No. 1 seed over the Wolverines! Since when does not winning the Big Ten not take precedent over a team who finished three games behind them? What a joke that is. Basically, the Wolverines are getting zero respect on the hardwood and that is wrong.

Wisconsin better not be seeded ahead of Michigan because that is just plain wrong. I realize Michigan will probably need to win the Big Ten Conference Tournament to receive a No. 1 seed.

This tournament is wide open and should be entertaining, to say the least. I will say this, I am very curious to see if Sparty can flip the switch here in March. MSU has lost seven of its last 11 basketball games. All Spartan fans have been saying, wait until March! Well, MSU, March has arrived.

Bracket mania will start around 7 p.m. Sunday night. College basketball fans, don’t miss the Sunday Selection show. Which team will not make the tournament is always a bit of drama. Some team will be visibly upset come Sunday night; that is a given. Let’s let the Madness become Maddening!

William Clay Ford Sr., the Detroit Lions owner, has passed away at the age of 88. Ford Sr. was the last surving grandson of Henry Ford. Mr. Ford has owned the Detroit Lions for over 50 years. He actually purchased the team in 1963 for the sum of $4.5 million. The Lions franchise is now estimated to be worth in the range of $900 million. William Clay Ford Sr. loved his Detroit Lions and the city of Detroit. He wanted to put a winning football team on the field for its fans. However, that didn’t work out so well, as Detroit only had 14 winning seasons under his ownership.

Detroit also only made 10 playoff appearances under his ownership with only one playoff win and that came in 1991 against the Dallas Cowboys. I believe what did Mr. Ford in was his incredible loyalty to his employees. He let coaches who had losing records stay way too long. Can you say Marty Morningwhig and Darryl Rogers? The Matt “Mickey Mouse” Millen seven-year implosion also set this franchise back one decade! Yes, one decade!! How about Russ Thomas, the general manager for 22 years? He was terrible.

The Lions were never cheap under Ford’s years, they just always found a way to pick the wrong players and coaches. I guess I am saying it wasn’t for William Clay Ford Sr. not trying to put a winning product on the field. Loyalty is a tremendous trait as a human being, but can be a demise when running a NFL football franchise. Mr Ford was a super loyal human being. What happens after that is anyones guess. R. I. P. Mr. Ford, and hopefully the Lions will roar for you here in 2014.