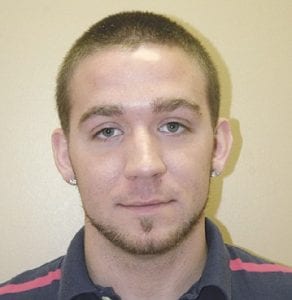 Most people from around the area know the story of Mark Ingram Jr. Ingram has a famous father, Mark Sr., that starred in high school at Flint Northwestern and went onto play at Michigan State University. Senior was drafted in the third round by the New York Giants in 1987 and won Super Bowl XXV with New York. He also played with Hall-of- Fame quarterback Dan Marino in Miami.

That seems like quite a legacy to live up to, but Junior is doing his part. After starring at Grand Blanc for three seasons, Ingram transferred to Flint Southwestern where he set numerous records. In a surprise to most, Ingram chose to attend the University of Alabama over his father’s Spartans.

In college, Ingram left his mark. Junior won the storied program’s first ever Heisman Trophy as a sophomore and also led the Crimson Tide to the National Title the very same year. He set Alabama’s single-season rushing record with 1,658 yards, was named the Southeastern Conference Offensive Player of the Year and was voted to the AP All-America firstteam.

His junior season did not go as planned as he had knee surgery before the season and the team struggled to defend its National Title, but Ingram still scored 14 total touchdowns. Ingram declared he would forfeit his final year of eligibility and enter the 2011 National Football League Draft.

Junior finished his Alabama career with 3,289 yards rushing and 42 touchdowns along with 670 receiving yards and four touchdowns. He averaged an impressive 5.75 yards per carry.

Fast forward to present day and the 2011 NFL Draft will be getting underway as some of you are reading this. Ingram is considered by many to be the best running back in his draft class and should be the first back chosen in the draft.

Where he gets drafted is where the fun really begins. No one really knows how the NFL Draft will ever play out as trades and surprise picks happen every year.

Ingram has been mentioned as a possible candidate to go as high as No. 15 overall to the Miami Dolphins or he could possibly fall right out of the first round all together. I find the latter hard to envision. How could there not be one running back taken in the first round?

Ingram should hear his name called during tonight’s first round of the draft. Once he knows where he will play he can begin working towards building on not only his legacy but his families legacy. Can he bring another Super Bowl ring to the Ingram household?

Bring on the Sharks!

Our beloved Red Wings took care of the Phonix Coyotes in a fourgame sweep and have not played a game since last Wednesday. The Wings needed the rest to get stars Henrik Zetterberg and Johan Franzen healthy. Both will play in the next series.

Detroit, more than any other team in the league, needed the break from hockey and now look primed for an extended playoff run to Lord Stanley. The one negative effect of having such a long layoff is the penchant for teams to lose their edge and play sloppy in their first game back.

With the Sharks on tap, I would not be surprised if the Wings were to lose Game 1 of Round 2. I would also expect many fans to start jumping off the bandwagon and saying the rest was not needed. Take a deep breath and relax, everyone. The Red Wings will be just fine. Not only are the Wings one of the best road teams in the league, they know how to win in the playoffs. Detroit has been to the playoffs for 20 straight seasons and have won four Stanley Cups and made six finals appearances in that span.

True, the Red Wings made need a game to get back in the swing of things but as long as they stay healthy, I expect them to make finals appearance number seven come June. Wings in six!