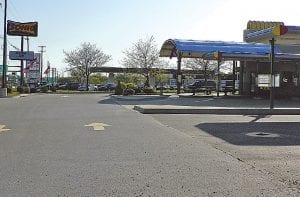 FLINT TWP. — After being closed about seven months, the Sonic Drive-in restaurant at 3140 Miller Road is expected to reopen by mid-June under new management.

Fresh Creations, a franchise based in Toledo, Ohio, is actively recruiting management team members now, according to a media spokesperson for Sonic.

Hiring of hourly crew members is expected to begin in a few weeks and interviews will be conducted on site, the spokesperson said.

Applications are now being accepted online at tvanderyacht@trigohospitality.com.

An early to mid-June reopening is scheduled.

The restaurant opened in 2008 but closed during the winter for the first time last fall. Plans were to reopen in the spring, according to a representative for then franchisee Miller-Apple Ltd. Partnership, which operated local Sonic franchises and 21 area Applebee’s restaurants.

During the off-season a deal was struck for ownership to change hands. A sister restaurant in Birch Run is also being acquired and reopened by the Fresh Creations franchise.

Sonic started out in 1953 as a hamburger and root beer joint in Oklahoma called Top Hat Drive-in. Since adopting the Sonic name in 1959, the chain has grown to more than 3,500 drive-ins in 43 states, serving about three million customers daily.