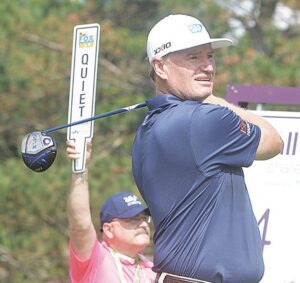 GRAND BLANC TWP. — A few weeks ago, Joe Durant considered shutting down the rest of his golf season after enduring a rough stretch of play on the PGA Champions Tour.

But Durant bounced back in the big way over the weekend at Warwick Hills, winning the fourth edition of the Ally Challenge presented by McLaren.

On route to his fourth win on PGA Champions Tour, Durant birdied four of his first eight holes to shoot 4-under-par on the front nine and played the back nine in even-par. Leading by two strokes at the 18th hole, Durant missed the fairway with an errant tee shot but managed to escape with a bogey to preserve the victory.

“To still be able to go down the stretch and hit some shots and win a golf tournament, that’s what you work for, but you don’t ever know if it’s ever going to come to fruition or not,” he said. “I’m just so thankful it did this week.” 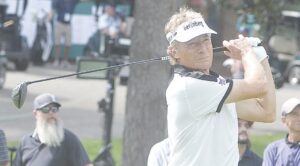 After Durant missed the cut at the U.S. Senior Open in July, he took five weeks off from the tour before deciding to play in the Ally Challenge. Durant gave extensive credit to golf coaches Steve Fell and Ray Schuessler and former Buick Open champion Brad Faxon for giving him timely putting advice ahead of the tournament.

“They’ve all been trying to help me with my putting because I’ve been putting so poorly,” Durant said. “Those three guys have really just made some changes in my mind that helped me a lot this week. I putted beautifully and (I’m) just fortunate to hang on by one.” 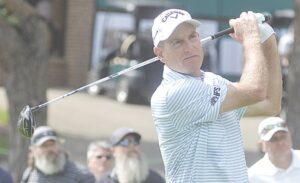 Durant also won four times on the PGA Tour, including a two-win season in 2001 that saw him earn the Comeback Player of the Year title. His last victory on the PGA Tour came at the 2006 FUNAI Classic at the Walt Disney World Resort.

With the victory at the Ally Challenge, Durant moved from No. 56 to No. 37 in Charles Schwab Cup standings.

Former Buick Open champion Vijay Singh, who tied for seventh with Stephen Leaney at 13-under-par, claimed the highlight of the tournament with a double eagle at the par-five 16th hole.