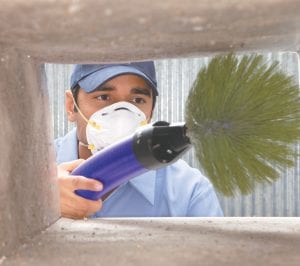 FLINT TWP. – By now, the debate over township dust control should be settled but it required a personal visit from John Daly, director of the Genesee County Road Commission.

Daly was asked to attend the township board’s April 17 meeting to explain the terms of the annual Dust Control Contract for gravel roads in the township.

In late March, township trustees voted to postpone approval of the Dust Control program until it could clear up confusion about contract terms.

Typically, the township pays for only three treatments per year but some trustees were concerned that the township would end up paying more than half the costs, if the road commission did not do a third application.

The contract language can be confusing because some municipalities pay for more than three applications of the calcium chloride solution and some pay for less than three, Daly said. As many as five applications are often requested during a dry summer when dust kicked up on gravel roads can pose a health hazard, he said.

The road commission board also struggled with contract language to suit the needs of all 17 municipalities that use its Dust Control program, he said.

Trustees Tom Klee and Frank Kasle asked why the township and road commission could not split each application 50-50.

At the end of the board’s discussion with Daly, uncertainty remained over how costs are split. Daly said he would confirm contract language with Township Supervisor Karyn Miller during a Roads and Bridges meeting scheduled the next day. The board then voted to authorize Miller to sign the contract at that meeting, after getting confirmation from Daly. Daly also said he would send a follow-up letter to the board explaining the final terms.

The contract was due to be signed and returned to the road commission by April 18.