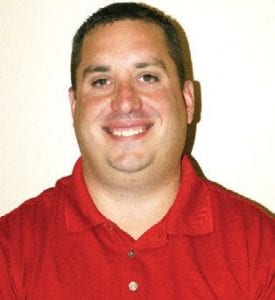 The Michigan Wolverines have struggled the last two seasons. This is a fact and there isn’t any way to sugar coat it, but for the first six games of the 2010 season the Wolverines will not be able to struggle as they are some of the biggest must wins in recent Wolverine history.

The first six, UConn, Notre Dame, UMass, Bowling Green, Indiana and Michigan State, will be the measuring stick for the rest of the season. This could be one of the most winnable opening games the Wolverines have had in recent memory, or they could be landmines on the way to a hugely disappointing season. Let’s open with the UConn and Notre Dame games.

These two games will truly tell the tale for the rest of the season. UConn, a Big East team, has had a good run the last couple years. The Huskies have won at least eight games in each of the past three seasons and capped the past two seasons with bowl wins. An upset overtime-win over U-M’s second opponent Notre Dame last season makes this a very dangerous opener for the Wolverines. Michigan will make the short bus trip to Notre Dame in the second game and once again, it will be a dangerous game as the Irish have much to prove after losing Coach Charlie Weis and bringing in Brian Kelly. If the Wolverines can get through these two games 2-0, look for them to be undefeated going into their annual showdown matchup with the Spartans Oct. 9. If they go 0-2?

Could be a very long season for RichRod and the boys as the second half of the schedule is loaded. Iowa and Penn State nearly won the conference last season, Illinois used to be a gimme game, but not after the last couple of years, and they finish up with Purdue, Wisconsin and Ohio State. Michigan will need to go 6-0 through the opening half of the season and knock off the Fighting Illini and Boilermakers for a best

his job. Anything less and you may be looking at more transition for the Wolverines.

Finishing at 10-2 is possible if the shaky secondary plays its heart out and the quarterback controversy is put to rest. After all the troubles of the last few years with the Lions and their quarterback controversies, you would think the Wolverines would have taken note and made a decision by now.

My prediction? As a diehard Michigan fan, I would love to say that the Wolverines go 10-2 and play in a New Year’s Day bowl, but I still think they are at least a year away from that and depending on the first few games, maybe much more than that. I will say that if they don’t win at least win eight games and make a minor bowl, new Athletic Director David Brandon will show RichRod the door and bring in someone new to clean up the mess.