Toast the season in style 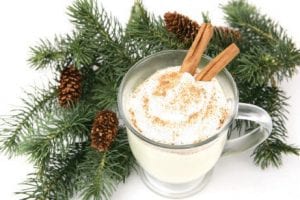 Traditional eggnog is a mixture of eggs, milk, sugar and vanilla.

MAYFIELD TWP. — Will you be toasting the holiday season with eggnog? Now is the time to be checking the recipe to make sure that it is safe to use. The holidays are not the time to be serving up foodborne illness.

Traditionally, the egg beverage has been made with raw shell eggs. It is possible for clean, crack-free shell eggs to be contaminated with salmonella bacteria. Salmonella has had a long history of being associated with eggs, and egg products. For this reason Michigan State University Extension recommends using a pasteurized egg product or cooking the egg beverage to 160 degrees Fahrenheit to kill the salmonella bacteria.

It is a myth that the alcohol content of eggnog will kill the foodborne illness bacteria. When the alcohol is mixed with the other ingredients, it becomes too diluted to have any effect on the bacteria.

So in preparation for the holiday season check the eggnog recipe to make sure you will be serving up holiday cheer and not foodborne illness.