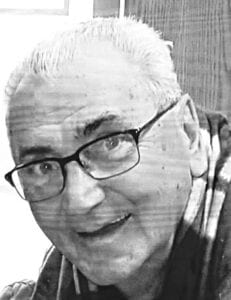 EUGENE CHARLES “GENE” CSAPO, 79, of Grand Blanc, passed away peacefully on Tuesday, June 15, 2021. Cremation has taken place per his wishes.

A graveside service will be held at a later date in Evergreen Cemetery.

Gene was born on Easy Street in Flint, Michigan on August 17, 1941, the son of Paul and Eula Csapo.

He graduated from Flint Northern High School in 1959 and worked at Fisher Body-Grand Blanc for thirty five years, retiring in 1998. He was married to his wife, Judy, for fifty eight years and always said he saved her from being an old maid.

He enjoyed reading, going to the casino, golf (more for the camaraderie than the game itself and scored a hole-in-one at the Captains Club). He loved the ocean and taking road trips all over the U.S. with his family. He was not a runner, but at the age of sixty, decided to run the Crim. He was the go-to guy in the neighborhood and enjoyed clearing the snow from 4-5 driveways every winter. But then, life got physically and emotionally hard; yet his strength never wavered, it merely changed. He took the challenge on with positivity, laughter, love, tears, stubbornness and…bravery. He was, and always will be, the strongest man we know.

He was preceded in death by his parents, Paul and Eula Csapo; brothers, Paul, Bill and Frank.

He was a loving husband, father, and grandfather and will be forever in our hearts.

In lieu of flowers, contributions may be made to St. Jude Children’s Hospital or charity of your choice would be appreciated.

A special thank-you to Dr. Miguel Perez, Kindred Hospice and Argentine Care Center for their care and support.

Your condolences may be shared with the family at swartzfuneralhomeinc.com