Everyone benefits from afterschool programs 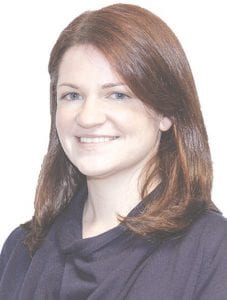 And for the third consecutive year, the Flint & Genesee Chamber of Commerce is pushing back.

The funding in question helps make afterschool and summer learning opportunities available to nearly 2 million students nationwide. That’s an important resource for families throughout the United States. It’s also a major investment in our workforce.

For one – with school ending about two hours before the end of the typical workday – these enrichment programs offer major support for working parents and their employers. In fact, according to a statewide survey, 66 percent of Michigan parents say afterschool programs help them keep their jobs.

But don’t mistake these programs for daycare. Organizations that receive this funding provide a broad array of enrichment activities and academic support. Take, for example, YouthQuest, an afterschool and summer enrichment program administered by the Chamber with generous support from the Charles Stewart Mott Foundation, 21st CCLC and other funders. Each day, students participate in engaging activities that build upon the school day, inspire new interests and prepare them for the future. Currently, we’re looking forward to next month’s launch of ScienceQuest, a new pop-up class that will focus on biology, chemistry, robotics and coding. Over the course of two days, YouthQuest students will immerse themselves in projects that involve programming tiny robots and using common household products to make chemical reactions. These activities are a great example of the learning-based projects our students love. They don’t just talk about Newton’s Law of Physics; they go to the trampoline park to test it out. That helps build a familiarity and fluency that students might not grasp from day school alone.

At a time when more than half of Americans won’t pursue a career in STEM because they think the subject matter is too difficult, this kind of learning is critical. After all, careers in science, technology, engineering and mathematics are among the fastest growing in the United States, and that trend shows no signs of slowing down.

Which brings me back to the proposed federal budget. If the administration succeeds in eliminating afterschool funding, the government will effectively reduce access to important learning opportunities in not only STEM, but also the arts, leadership development and so much more. It’s a short-sighted move that would have a long-term impact on more than 9,500 communities throughout the country—including our own.

Next week, employees of the Flint & Genesee Chamber will be in Lansing for The Afterschool and Education Summit. While there, they will meet with policy makers to talk about YouthQuest and make the case for 21st CCLC—which thankfully is an easy case to make. Afterschool programs support students and play a critical role in the development and success of our growing workforce. That’s something that benefits us all.

Kristina Johnston is the chief operating officer of the Flint & Genesee Chamber of Commerce.