Everyone loses at some point 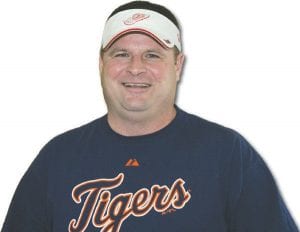 American Pharoah raced at Saratoga over the weekend in the Travers Stakes. American Pharoah came up a little short and lost to a horse named Keen Ice. Keen Ice was a 16-1 bomb that I am sure made some horse betters a lot of money. Saratoga is a track known as the “Graveyard of Favorites.”

American Pharoah went to the graveyard in this horse race. He is one stud of a horse and an absolute beast on the race track. Keen Ice took the lead from American Pharoah and the majority of horses would have folded like a cheap tent. However, Pharoah did not. He battled and just came up a little short.

I was sad to see this horse lose at the Travers. I wanted American Pharoah to run in the Breeder’s Cup and retire undefeated. The talk is now of retiring him after this loss. I really hope they let him run in the Breeder’s Cup and go out on top as a winner. I thought American Pharoah ran like a tired horse in the Travers Stakes, to be honest. I also say, shame on the owner for running him in the first place.

Queen of the courts

The next stop for professional tennis is the U.S. Open which started this week. Serena Williams is attempting to become the first Grand Slam winner in 27 years.

The last one to win it was Steffi Graf in 1988. Serena is playing awesome tennis this summer and I would not bet against her in this U.S. Open. The Fat Guy crystal cheese ball is plugged in for the football season but it has released a tennis prediction.

Serena will win the tennis Grand Slam! Coverage is on ESPN all week long.

My field of dreams

The FEDEX Cup golf tournament started this week at the Barclays. Jason Day was the winner with an impressive six-shot victory. Day since winning the PGA Championship, has been on fire on the golf course. He absolutely dominated the field over the weekend. I just wish a guy named Jeff Day could dominate the golf course someday.

Hey, man, we can all dream, can’t we? I guess I will have to settle for just having the same last name. My golf game is terrible every summer and I don’t see it getting any better any time soon. How about the Brian Harmon story of having two holes in one on the same day? This feat has only happened three times in PGA Tour history. I would say Harmon is in elite company. I also wonder how much his buddies soaked him for as when you get a hole in one you buy the drinks for everyone. Ouch, that could have been expensive. My friends would have put me in the poor house for sure!

The NFL preseason is finally coming to a close on Thursday. These preseason games are a complete joke and owners are robbing fans of their hard-earned money. It’s time to shorten the preseason to two games. The owners are greedy and the caliber of play on the football field is a joke. The injury factor alone is not worth the risk of four preseason games.

The Detroit Lions take on the Buffalo Bills Thursday night at 7:30 at Ford Field. Let’s all hope that Haloti Ngata and Joique Bell are ready for game one against the San Diego Chargers in week one.

The college football season also opens up Thursday and the Fat Guy crystal cheeseball is ready and here we go. The Wolverines and Jim Harbaugh era pull off the minor upset over the Utah Utes. Michigan 20 and Utah 17.

The Spartans take down the mighty Western Michigan Broncos 34-13. Waldo Stadium in Kalamazoo will be electric. I wish I could be there for that football game.

Up for the challenge?

Anyone who wants to pick against me this season go to espn.com hit fantasy button then pig skin pick’em Pool is Beat The Fat Guy. Password: love donuts.

If at the end of the year you are ahead of me you will go into a drawing for a prize to be determined. thefatguy@mihomepaper.com