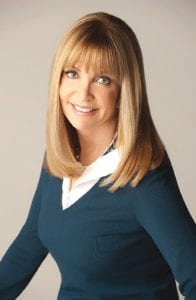 Caroline Ashleigh, an expert appraiser, is coming to the McCarty library next week to talk about trends in collectibles.

FLINT TWP. — A nationally recognized appraiser and art expert who appears regularly on “Antiques Roadshow’’ and HGTV’s “Cash and Cari” will be speaking at the Genesee District Library’s McCarty branch on Graham Road, at 3 p.m. on Jan. 19.

Among items with high collectible value is anything that has been worn or used by a celebrity, Ashleigh said in a telephone interview. She mentioned items from estate sales of singer Michael Jackson and actress Debbie Reynolds’ movie memorabilia auctioned last year.

Reynolds’ collection included the famous white halter dress worn by actress Marilyn Monroe in “The Seven Year Itch’’ which Ashleigh appraised at $2 million. It sold at auction for more than $5 million, she said.

Ordinary folks can acquire celebrity-owned items at auctions, Ashleigh said. Her GDL presentation will focus on what’s hot and what’s not in the collecting world.

She will not be doing appraisals during her appearance here but will talk about the most popular collectibles people are collecting and why. Some collect for investment and some for sentiment, she said.

“Sometimes people will ask specific questions about their own collections,’’ she said of her audience. But “I will be talking about the collecting market in general and trends we are seeing.”

Ashleigh has catalogued many important collections, estates and archives and served as an art expert in court cases and as a consultant to several major auction houses including Sotheby’s and William Doyle Auctioneers in New York. Her recent work has included an $800 million art appraisal of a corporate collection and the celebrity collection of the Debbie Reynolds Hollywood Motion Picture Collection.

Since 1996, Ashleigh has appeared regularly as an appraiser on “Antiques Roadshow.”

She has been featured in the New York Times, Art and Antiques Magazine, and Forbes Magazine, and served as consultant to CBS News, “Inside Edition” on the subject of fakes and frauds. She writes often about couture and fashion accessories.

She also has worked on the educational staff at the Detroit Institute of Arts and at the Cranbrook Academy of Art in Bloomfield Hills.

Her website at www.carolineashleigh.com has many articles about items she has appraised or deemed to be of collectible interest.